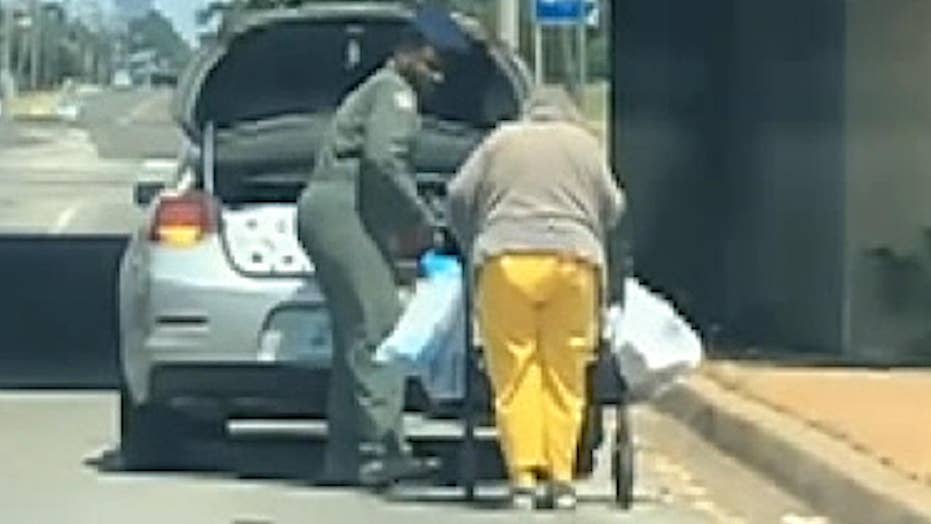 An Oklahoma Airman helped an elderly woman take her groceries home in a viral video.

One member of the U.S. Air Force is being hailed as a local hero in Oklahoma for giving an elderly woman and her groceries a ride home, after spotting her carrying heavy bags during her two-mile walk near a busy highway in blistering heat.

On Aug. 7, Jibril Jennings of Tinker Air Force Base in Oklahoma City spotted Janice Hall near Interstate 240, KWTV reports, walking from Walmart with her arms full of groceries.

Temperatures reportedly hovered around 100 degrees Fahrenheit, and Hall was “struggling” to carry her haul the two-plus miles to her house, as per CBS News.

Ready for action in his regulation flight suit, Jennings offered Hall a ride home, which she happily accepted.

Little did the airman know, but passerby Amber Roy began recording the pair loading up Jennings’ car with Hall’s groceries.

"The way that people were driving, I didn't think that anyone was recording," the serviceman, who works as a radio operator aboard the Airborne Warning and Control System, later told KWTV.  "I didn't even realize that there was anyone around me until someone stopped, parked behind us and put their hazards on while I was helping load stuff into her car."

“Once I got into the car, she immediately started talking,” he continued. “She reminded me of my grandma, she started telling me about her day.”

Roy has since shared video footage of the sweet scene to Facebook, where it has since been viewed over 3.3 million times to date.

Hall echoed similar sentiments, agreeing that she had no idea they were being recorded – and that she enjoys the regular walk home from Walmart for the exercise.

“I can stand the heat, it doesn't bother me a bit,” she told KWTV. “I’d rather have heat than air conditioning any day.”

The new friends soon made it back to Hall’s house, where the airman helped the woman carry in her purchases.

“That man was really a sweet guy, (I) just couldn't believe it,” Hall mused. “Then he come over here and helped carry this stuff in.”

Better yet, Jennings said that he plans to recruit a few Air Force pals to help fix the broken ramp outside Hall’s home to make her life easier. 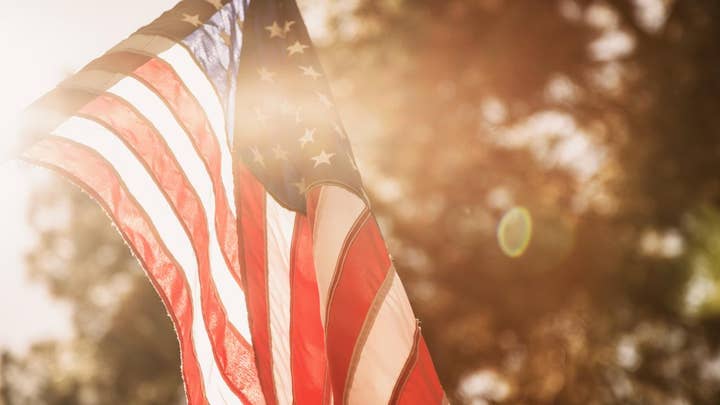 Social media commenters, meanwhile, had a whole lot to say about the heartwarming good deed.

“What a good example for others,” another agreed.

“Well done to him!!! This is what life is all about!” one praised Jennings. “Stop and look around and help others!”