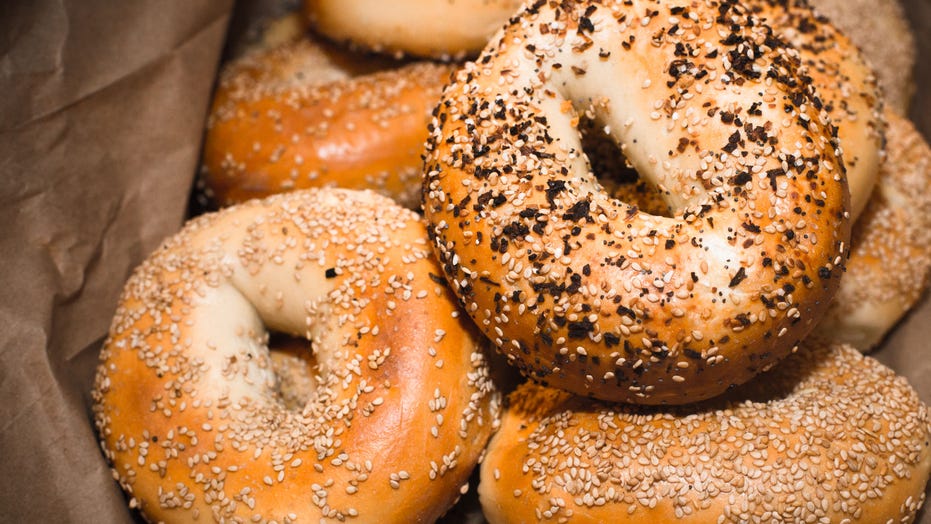 Hey, every other states’ bagels, get outta here!

New Jersey is using National Bagel Day to make a statement: When it comes to bagels, New Jersey is the place to go. Sorry, New York, but the Garden State is claiming the title of “bagel capital of the world.”

The official Twitter account for New Jersey published a text art image of the outline of the state, with the middle filled with images of bagels. Underneath, they captioned the image “bagel capital of the world,” followed by the hashtag for National Bagel Day.

Not surprisingly, the post garnered a lot of reactions.

One supportive user wrote, “I take my bagel with Taylor Ham,” referencing a popular New Jersey delicacy (although another user attempted to correct them to use the generic term “pork roll”).

Another user joked, “I dip my bagels in the Delaware River every day.”

“There’s a certain level where a bagel can’t be any better, let’s call it peak bagel,” explained another user. “You can get peak bagel at random places across the country (owner of store is usually from the east coast). But, you can NEVER get peak bagel at a chain or anywhere slightly rural.”

Of course, not everyone agreed, with one non-New Jersian user replying, “NYC will always be the bagel capital of the world!”

Not surprisingly, another user fired back, writing, “Sounds like something an Ohio native living in NYC would say.”

One user took the opportunity to comment on New Jersey’s notorious roads, writing, “And yet a pothole on 130 almost killed me, I swerved and missed my exit to get bagels for my team. I’m upset.”

“I love you, New Jersey, but no,” wrote another. “You perfected the hot dog. Stick with that.”

He wrote, “Don't get there as much as I used to, but it was our go-to when the kids needed a bite before Little League.” He concluded by revealing that he preferred a whole wheat with extra cream cheese.

UPDATE: Even the NYPD is getting involved. The 19th Precinct responded to NJ’s original tweet, saying “New Jersey is canceled.”

This prompted a response from the NJ account, who told the 19th Precinct to “stick to donuts.”

Fortunately, the 19th Precinct took the joke in stride, responding, “Donuts are just bagels with frosting.”