A company has blamed the NFL protests for declining chicken wing sales. (iStock)

The NFL national anthem protests are being blamed for declining  wings sales.

Sanderson Farms, one of the largest producers of chicken in the U.S., said its slumping sales were due to the football players' demonstrations.

The company said their spot prices decreased in the last three months and were 14 percent lower than the same period in 2016, Bloomberg reported.

“The only thing puzzling me right now is wings,” Sanderson told Bloomberg.

“We’ve been talking to our wing customers and they’re the ones that are telling us that they’re seeing less traffic in their stores. They attribute that to the NFL.”

The NFL has struggled with ratings all season. Last week’s Sunday Night Football game lost 35 percent of its audience compared to the week before, The New York Post reported.

Critics have said NFL kneeling protests are the cause of poor ratings. 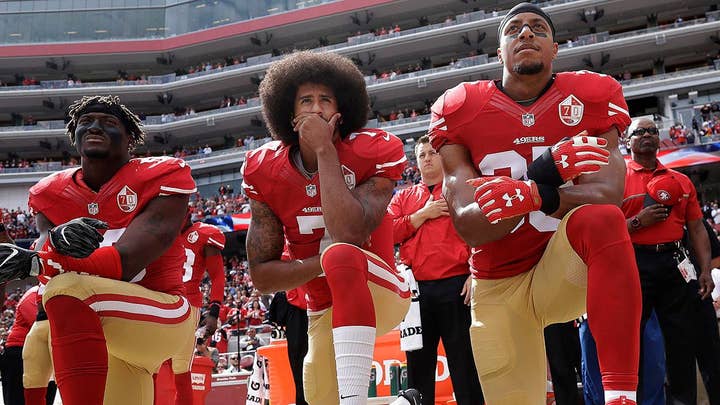 This is not the first time the protests have been blamed for declining food sales.