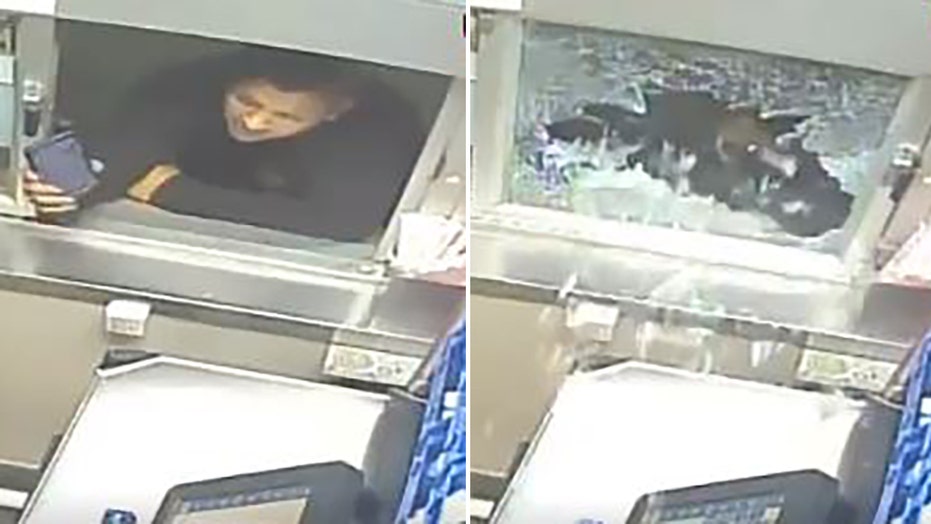 An unhappy Burger King patron gave “have it your way” a whole new meaning.

The unidentified male rode his bicycle to the drive-thru window of a Bronx fast-food location last month but was told he couldn't pick up his food order on a bike, New York City police wrote in a report obtained by Fox News.

DUNKIN' THIEF FAILS TO OPEN REGISTER, FLEES WITH '5 TO 6 DOUGHNUTS' INSTEAD

The man argued with the 19-year-old worker during the Aug. 27 incident, before smashing the drive-thru window with a chain, according to the report.

Police shared surveillance video of the suspect sliding open the drive-thru window and appearing to yell at the teen worker. He then closes the window and smashes it before fleeing the scene.

No one was injured in the incident, police said.

Police have offered a $2,500 reward for information on the man, who is wanted for criminal mischief.