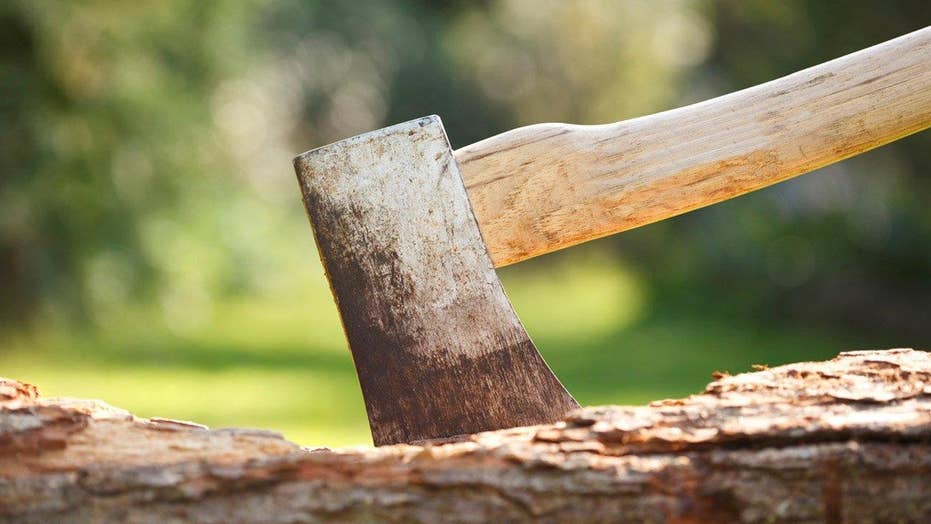 Fox Foodie: Should a club where patrons fling sharpened steel sell booze? Plus, how your playlist can affect how beer tastes

After finalizing her divorce, Michele Herzog didn’t down a drink or hurl her wedding ring in the East River.

She threw an ax.

“Ax Your Past” parties are the latest craze at Stumpy’s Hatchet House in Eatontown, NJ, where jilted exes heave real hatchets at a bull’s-eye — or a photo of a former lover.

“We encourage people to really bury the hatchet, so to speak, so they can move forward to a brighter and better future,” Trish Oliphant, co-owner of Stumpy’s, says. “It’s better than sitting home and eating a gallon of ice cream.”

The parties are a unique spin on indoor ax throwing, a pastime that originated in Canada and is starting to trickle down to the US. Similar facilities recently opened in Philadelphia and Chicago.

Herzog’s friends planned the surprise party at Stumpy’s, which allows guests to bring their own beer, after she signed her divorce papers.

“We’re all adrenaline junkies who grew up playing sports,” says pal Kelli Wich of Wall, NJ. “So we figured this would be a good outlet.”

Herzog, a 36-year-old from Islip, LI, loved the surprise. “It was awesome and very stress-relieving,” she says. But axing your past doesn’t have to refer to romantic relationships, Oliphant says, adding that a woman recently celebrated breaking free from a bad business partner.

“Her sister had me put pictures of [the business partner] on the target,” Oliphant says. “She was hysterically laughing.”

Oliphant opened Stumpy’s with her husband, Mark, and another couple, Stuart and Kelly Josberger, in April. The space includes eight throwing pits — each with two targets and two hatchets — and costs $40 per person to use.

And lest you think beer and hatchets don’t mix, Stumpy’s reports no injuries. “We haven’t handed out so much as a Band-Aid,” Oliphant says.