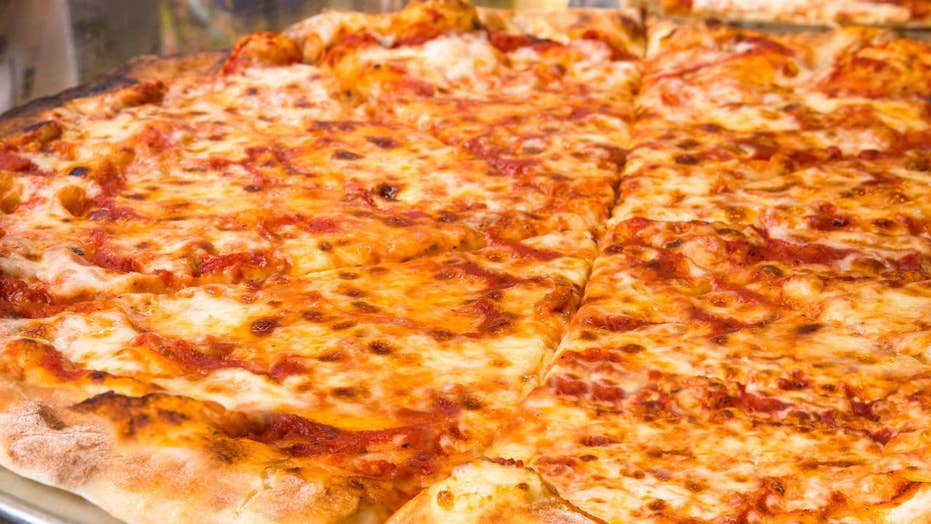 Where to get the nation’s best pizza

Regina's Pizzeria in Boston was crowned the best pizzeria in the nation by travel site TripAdvisor.

Millennials are more likely to dine on Italian food than any other generation - because it “looks good” on social media.

The study of 2,000 adults found almost three-quarters of 22 to 35-year-olds describe Italian food as their favorite type of cuisine, compared to just 42 percent of people over 55 years old.

And while 63 percent of young adults love Italian food because it tastes good, one in 10 admit eating the cuisine - because it is “Instagrammable.”

THIS IS THE 'WORST HALLOWEEN CANDY,' ACCORDING TO NEW SURVEY

Almost one in 20 also like Italian meals as they can impress friends and family with their cooking, while 15 percent claim they can make dishes look luxurious without having to spend too much money.

It also emerged millennials dine on Italian meals 11 times a month - more than twice a week - while older adults tuck into just five dishes from the Mediterranean country.

Neil Brownbill, of Napolina, said: "Consumers are experimenting more than ever with their food and are seeking out alternatives which enable them to enjoy a healthy and balanced lifestyle. Italian food is so versatile and suits a range of different lifestyles, which is why it is seeing a resurgence among younger consumers."

“We know that our consumers are seeking more from us than just the ingredients to create delicious Italian dishes," Brownbill continued. "They want us to help them to bring their love of Italian cooking to life."

Almost three-quarters of 22-35-year-olds describe Italian food as their favorite type of cuisine, compared to just 42 percent of over 55s. (SWNS)

The multi-generational study found pizza is the dish millennials think looks the most appealing when it comes to posting on social media, followed by bruschetta, lasagna and spaghetti Bolognese. Calzone, prawn linguine and pesto pasta are also considered among the most social media-friendly dishes.

The average millennial posts pictures of Italian food on Instagram three times a month and 45 percent use social media for inspiration when cooking Italian food.

However, while Italian food is seeing a resurgence among millennials, once-loved pizza toppings like pepperoni, ham and pineapple and mushroom are reportedly less popular now than 10 years ago.

Despite pepperoni still "topping" the list of favorite pizza accompaniments, its status has decreased by five percent over the last decade. Ham and pineapple have also seen a steep decline, dropping 13 percent in popularity in the last 10 years to now only being the fourth most common choice.

Instead, new flavors like barbeque chicken, sundried tomato and mozzarella and prosciutto are steadily making up ground. Other more modern pizza flavors that have seen an increase in popularity include goat’s cheese, seafood like prawns or tuna, and halloumi.

Millennials are more likely to dine on Italian food than any other generation because of how good it looks on social media. (SWNS)

The poll, carried out by OnePoll, also saw pizza named the best Italian dish by 62 percent of respondents.

This was followed by lasagna coming in second favorite choice (51 percent) and classic Bolognese at third (40 percent).

But pasta remains a firm favorite when it comes to the battle of the carbs as 34 percent of respondents named it their favorite carbohydrate, followed by bread (22 percent), potato (18 percent) and rice (12 percent).

Top 10 Italian dishes that look the most appealing on social media according to millennials.