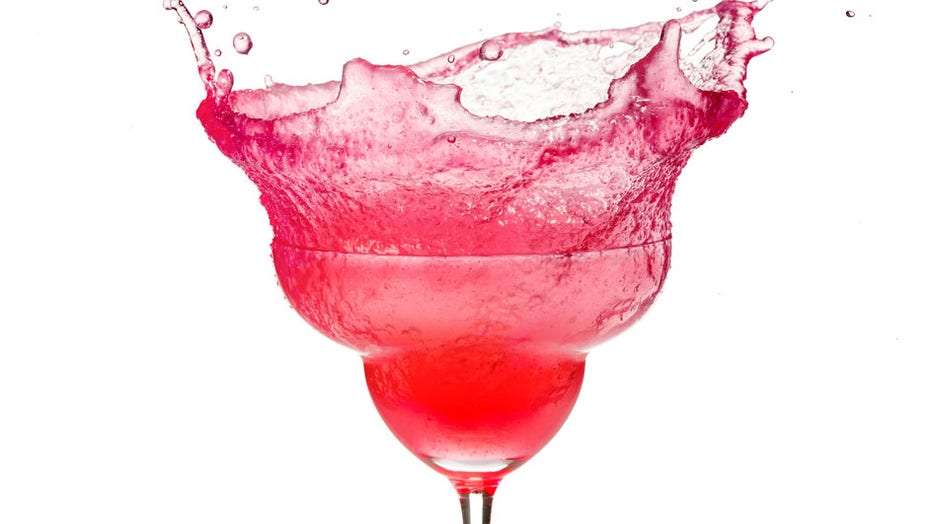 For a bar in Ohio, it’s always that time of the month, and not everybody is happy about it.

A restaurant/bar in Lakewood, OH, caused controversy online when they unveiled their new berry margarita that comes garnished with a tampon. According to the bar’s Facebook post, one dollar from every purchase will be donated to a nearby women’s shelter.

Yuzu, an izakaya (casual Japanese pub) inspired bar, promoted the new drink on Facebook by posting “it’s that time of the month, time for a new menu that is…” The drink, called the Even Can’t Literally, is a berry margarita that comes garnished with a tampon. According to one of the restaurant’s bartenders, however, the tampon is optional.

Fox 8 in Cleveland reports that Sarah Krueger, the drink’s creator, told them “we also decided if someone doesn’t want the actual tampon in their drink, they can donate that tampon as well. They can get the drink and say 'donate the tampon, we just want the drink' and we’ll still donate the dollar to the woman’s shelter.”

Unfortunately, not everyone on Facebook thinks that the drink is a good idea. One user commented "You know you could have just donated those tampons to the women’s shelter, right? Where they need tampons? Okay, cool. Just making sure.” Another user said “round of applause Yuzu! I didn't think it was possible, but you guys took a charitable cause for women and still managed to degrade female bodily functions and mock female vernacular with the drink name.”

Another user also took issue with the name, asking “Anyone else notice that the name of the drink is misogynistic too? Making fun of the way women talk?”

In a statement obtained by Fox News, Yuzu's owner, David Bumba, said "it's completely understandable at first reaction why some people may have had a visceral reaction to our fundraising efforts. This was a concept created by our female staff to raise money for a local women's shelter, the Domestic Violence & Child Advocacy Center. Our goal is also to spark an important conversation about the advocacy of women's health issues, ignite awareness and action towards the needs of local women's shelters, and dispel archaic attitudes about women's bodies. The reality is that in our modern world, we are bombarded with an endless amount of advertisements and distractions. It takes something impactful to cut above the noise to get people's attention. These are important issues that need to be discussed and it's often easier to simply ignore them. We have received an overwhelming amount of support to continue our mission. We understand our concept is a topic for debate but at the end of the day, it's about raising awareness and coming together to help those in need."