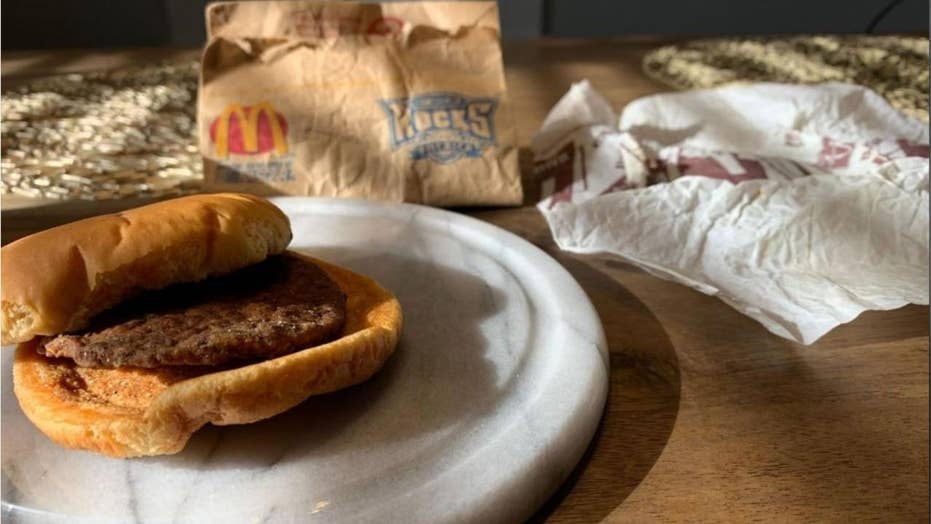 McDonald's has responded to reports following the unveiling of David Whipple's 20-year-old burger. The Utah man bought the burger at a McDonald’s in Logan, UT. Although visually it looks the same, one of the fast-food chain's executives says the burger has definitely undergone some changes.

As it turns out, there’s likely nothing unusual going on with that 20-year-old McDonald’s burger that hasn't started to rot.

Last week, David Whipple of Utah revealed that an old hamburger he purchased from the fast-food chain hadn't decomposed, despite the fact that he bought it in 1999. But according to a professor of food science at Rutgers, it’s possible for this sort of preservation to occur under the right conditions.

“Without sufficient moisture – either in the food itself or the environment – bacteria and mold may not grow and therefore, decomposition is unlikely," explained a spokesperson for McDonald's. (iStock)

McDonald's was the first to respond to news of Whipple's burger, telling Fox News that despite looking fine, the burger had definitely undergone some changes.

“In the right environment, our burgers, like most other foods, could decompose,” said Anne Christensen, Director of Field Brand Reputation for McDonald’s. “But, in order to decompose, you need certain conditions — specifically moisture.”

She continued: “Without sufficient moisture – either in the food itself or the environment – bacteria and mold may not grow and therefore, decomposition is unlikely. So if food is or becomes dry enough, it is unlikely to grow mold or bacteria or decompose. Food prepared at home that is left to dehydrate could see similar results. Similarly, this particular burger is likely dried out and dehydrated, and by no means the same as the day it was purchased.”

“I would’ve said the same thing,” he explained, but stipulated that there’s still a lot of information we don’t know about how the burger was stored in the years after it was initially bought. Under the right conditions, however, it’s possible that any burger, not just a fast-food burger, could be preserved like this.

Professor Schaffner explained that since McDonald’s cooks their burgers well-done, that would likely dry the burger out and kill off many (but not all) of the micro-organisms that would cause decomposition. Also, Utah typically has a very arid environment, so it’s entirely possible that the burger dehydrated before the bacteria could do its job, he said.

In other words, the burger itself has somewhat been mummified.

“If you were to rehydrate that burger somehow,” he explained, “the micro-organisms could start the dehydration process.”

Upon unveiling the 20-year-old burger last week, Whipple said he originally planned to use it in a demonstration of enzymes and deterioration, but left it in his coat pocket and forgot about it for several years.