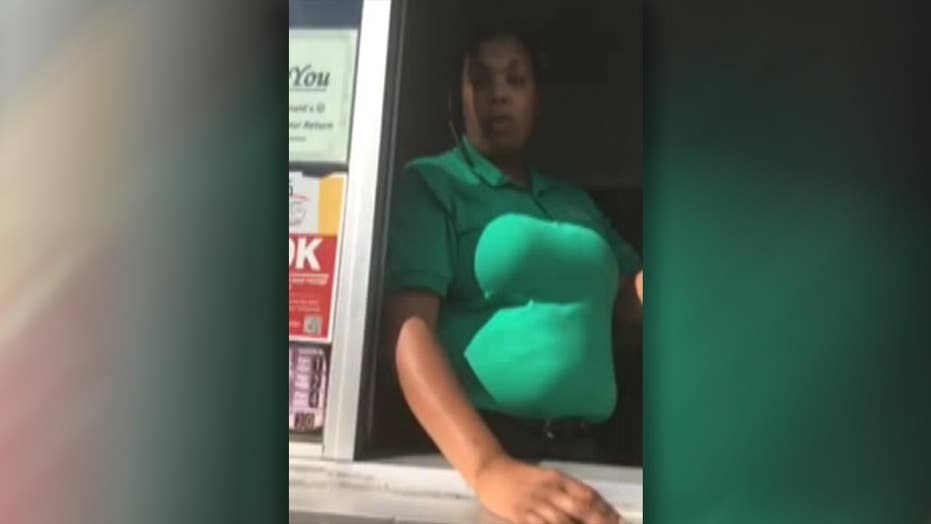 An employee working at a North Carolina McDonald’s was fired after she was captured on video asking a customer Saturday to spell "deportation."

Wendy Rios told Fox 46 that she filmed the confrontation at the Eastway Drive McDonald’s because she had been treated unfairly there previously.

"I am the kind of person who thinks, 'Treat the person the way you want to be treated,'" Rios told Fox 46.

"I asked the employee if my order was ready and the manager asked him what I asked. He told her and she said, 'of course her [expletive] order is ready,'" Rios told WECT. "Then I asked for ketchup and he handed me two packets of ketchup."

In Rios' video, a female employee in a green shirt can be seen giving Rios the middle finger before asking her to move.

Another employee came to the window and attempted to calm the situation. Rios asked for the employee’s name before the second worker asked Rios politely to move out of the drive-thru line.

Rios posted the video on her Facebook page, where it has been viewed over 440,000 times and shared over 5,000 times as of Wednesday.

George Forrest, the owner of the restaurant, has since responded to the video, and said the employee in question has been fired.

“The actions of this employee are inexcusable and in no way reflect the strong values McDonald’s and my organization place on diversity, inclusion and providing a welcoming experience for our customers," Forrest said in a statement. "This individual is no longer employed at my restaurant and we have expressed our sincerest apologies to the customer for this situation."