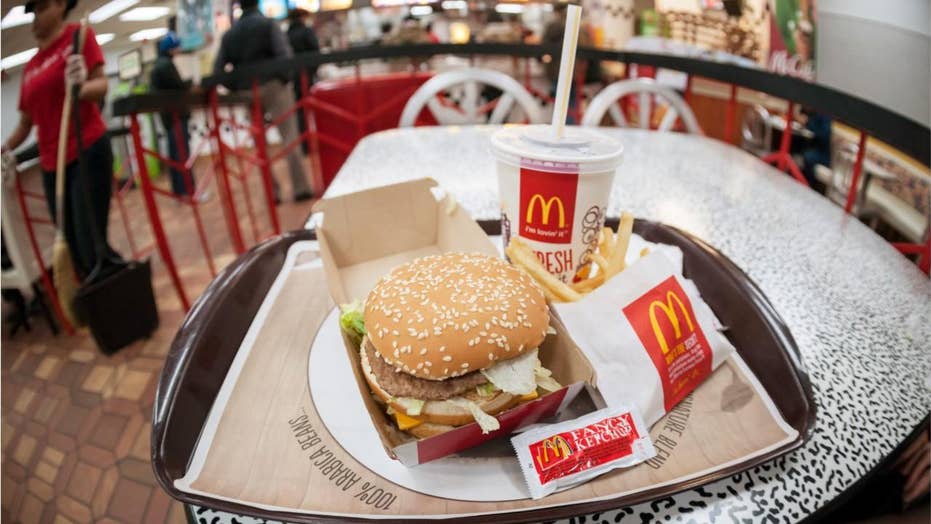 A McDonald’s customer called the police after an employee put onions on his Big Mac.

A McDonald’s customer was arrested after calling police to complain about his Big Mac hamburger having onions – and challenging the restaurant’s manager to a fist fight.

Leslie McDonagh, 53, was visiting the fast food chain in Manchester, England, around 10:30 p.m. on a Friday when he claims he received the “wrong meal” that he could not eat because of a “severe allergy” to onions, Metro reported.

According to Metro, McDonagh, who had been drinking prior to visiting the McDonald’s, threatened to fight the manager before calling police to report the mixed-up meal.

The incident began to escalate when police arrived and asked McDonagh to leave the restaurant. McDonagh reportedly fell to the floor and grabbed a police officer’s leg as they attempted to stand him up, police shared. McDonagh also spit in an officer’s face while they were taking him off the premises.

Prosecutor Paul Sumner told Metro that police had to restrain the man as they escorted him out.

“The police then were able to hold the defendant by his arms in the scuffle and escort him out of the store,” Sumner said. “The officers were struggling with the defendant and whilst they were doing this, he spat in in one of the officers face. He was arrested for being drunk and disorderly and assaulting an emergency worker.”

McDonagh was arrested for the incident, which took place December of last year, and recently appeared in court where he pleaded guilty to assault and being drunk and disorderly in public.

The man stated he had left a holiday party at his work and had consumed six cans of beer before visiting the McDonald’s.

McDonagh admitted through his defense attorney, Claire Parrot, that he should not have called the police, but defended his food allergies, saying he “specifically asked for something to not be in his food and it was.”

“He called [police] as did the McDonald’s staff,” Parrot said. “His memory of the incident isn’t complete but he was quite clearly utterly embarrassed and ashamed. This was not a planned attack on the officer, he says that he’s not a violent person.”

McDonagh was ordered to pay a $248 fine and sentenced to a 12-month community order plus 120 hours unpaid work, Metro reported.

This is not the first time fast food customers have called emergency services to report incorrect or unsatisfying orders. In July a McDonald’s customer called 911 over being served a cold burger and fries. More recently, a mother in the UK called police on Domino’s after their pizza oven broke.