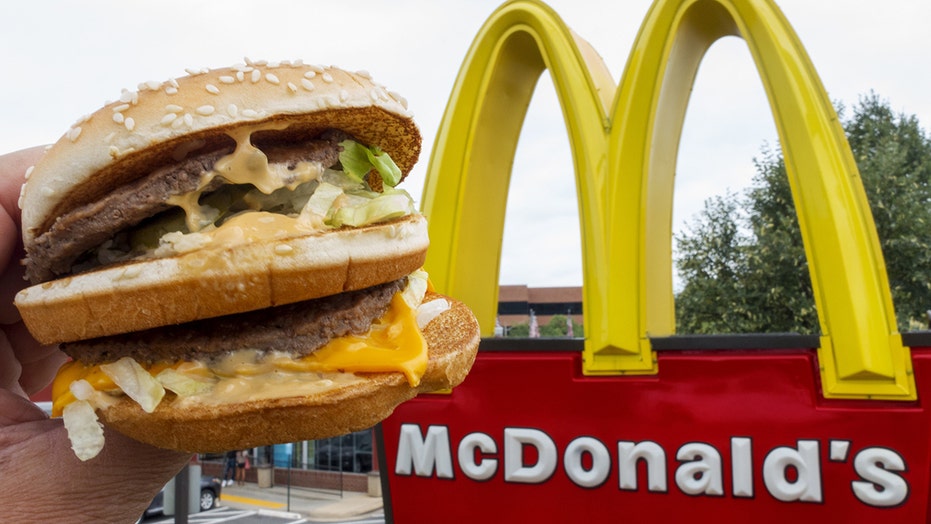 McDonald’s is reducing its menu, along with eliminating the all-day breakfast option due to the coronavirus outbreak.

The Big Mac. It’s a sandwich so synonymous with McDonald’s that it’s hard to believe it wasn’t on the original restaurant's menu. But it’s even harder to believe that McDonald’s considered calling it anything other than a “Big Mac.”

The idea for the Big Mac — as we call it today — was originally conceived in the mid-1960s by McDonald’s franchisee Jim Delligatti. In 1957, Delligatti opened the first of his many McDonald’s franchises in the Pittsburgh area, but by 1965, he was looking for fresh ideas to keep his menu from getting stale. He settled on a double-decker hamburger, having taken inspiration from other fast-food restaurants that were offering similar items.

THE MCDONALD'S HAMBURGLAR LOOKED VERY DIFFERENT WHEN HE DEBUTED

“This wasn’t like discovering the lightbulb,” Delligatti once remarked to the Los Angeles Times. “The bulb was already there. All I did was screw it in the socket.” (According to multiple sources, Delligatti had previously managed a California location of Bob’s Big Boy before opening his first McDonald's restaurant — and Bob's Big Boy's signature item is a “double-deck” hamburger with signature sauce and a three-piece bun.)

It's hard to believe McDonald's considered naming its big burger anything other than a "Big Mac." (Paul J. Richards/AFP via Getty Images)

After putting it on the menu in 1967, Delligatti realized he was on to something — and so did McDonald’s corporate, which wanted to take Delligatti’s double-decker burger nationwide in 1968.

There was just one issue: They hadn’t settled on a catchy name. Early on, the top contender was “The Blue Ribbon Burger,” but the ad executives with McDonald’s were still entertaining other ideas.

Rose, a 21-year-old secretary working in the McDonald’s advertising department, suggested the name “Big Mac,” but it wasn’t an immediate hit with her bosses. In fact, Rose told the Associated Press in 1985 that everyone laughed at her idea. But it proved to be the best of the bunch, and McDonald’s debuted the Big Mac nationwide in 1968.

Unfortunately, for the next 17 years, McDonald’s never officially credited Rose with naming quite possibly the most famous sandwich of all time, so she embarked on a campaign to get some recognition. Finally, in 1985, McDonald’s sent her a plaque, officially recognizing her as the brains behind the Big Mac’s name.

Rose was happy to finally have proof, if not any kind of payment, she told the Associated Press at the time.

″It’s more other people who think I should get paid. But I just laugh it off,” she said. “I’m just thrilled with this.”