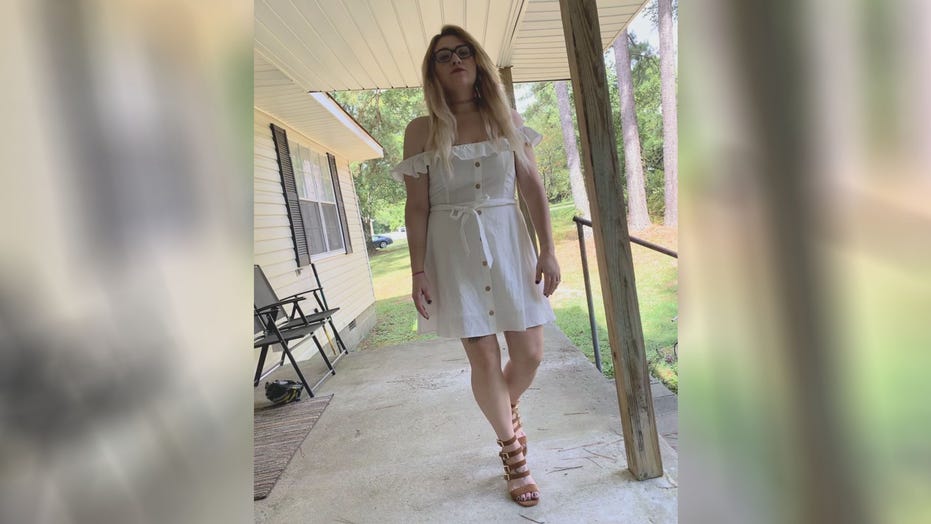 Dieting doesn’t mean giving up your favorite food (but it does mean having a lot less of it).

A woman from Talladega, Ala., revealed how she lost more than 90 pounds without giving up her favorite foods. Instead, she focused on portion control and reportedly cut her calorie intake in half.

Jessica Dotson lost an impressive 98 pounds over nine months after changing her diet. She still allowed herself to eat McNuggets, although she switched from ordering a 20-piece order to a 6-piece. (Kennedy News and Media)

”I could eat a 20-piece chicken McNugget box and large fries by myself,” she explained to the news outlet. It was basically gluttony, just eating and eating. I had McDonald's nearly every day. Food was my coping mechanism, so whenever I got upset about something I would just eat.”

Before changing her diet, Dotson would eat fast food twice a day and weighed around 250 pounds. (Kennedy News and Media)

After having her second child and dealing with high blood pressure problems during both pregnancies, she decided to make a change. At just 26, Dotson reportedly weighed over 250 pounds.

She decided to try the 16:8 diet, which involves eating only during an eight-hour window and then fasting the other 16 hours of the day. Aside from changing her eating habits, she also cut her daily calorie intake nearly in half.

Before changing her diet, Dotson would eat fast food (usually McDonald’s) for lunch and dinner, along with pancakes and Pop-Tarts throughout the rest of the day. After starting her diet, she added more variety to her diet, although she would still eat McDonald’s for lunch (not every day though).

A major change that she made was dropping to the six-piece McNugget meal as opposed to the 20-piece.

After nine months, Dotson has reportedly dropped 98 pounds, although she still plans on losing more.

"Before, it was fast food. Even if I wasn't eating out I was cooking something greasy at home,” Dotson explained. "I still find pleasure in my food, it's my main thing."