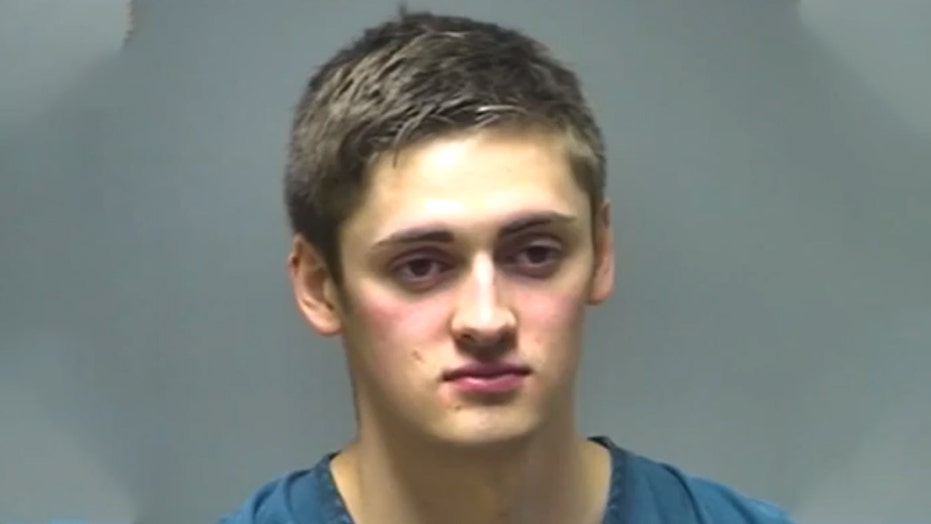 A 21-year-old college student ended up in handcuffs after he was caught stealing a food truck — and reportedly admitted he did it because he was a “dumba--.”

MAN STEALS LITTLE DEBBIE DELIVERY TRUCK, DOES NOT EAT ANYTHING

According to local reports, Zachary Jenkins jumped into a pickup truck, which was parked outside of a Mount Pleasant, Mich., bar Friday morning. The truck was attached to the Walking Taco trailer.

According to local reports, 21-year-old Zachary Jenkins jumped into a pick-up truck, which was parked outside of a Mount Pleasant, Mich., bar Friday morning. (Mount Pleasant Police)

The owner of the food truck was inside the bar offering the employees his leftover food when Jenkins stole the vehicle.

Police arrived at the scene and found Jenkins inside the pickup truck with the food truck trailer on its side being dragged behind him. The food truck sustained about $7,000 in damage, WWTV reported.

Jenkins was arrested and given a field sobriety test — which he reportedly failed.

According to the Morning Sun, when police asked Jenkins why he had stolen the truck, he told them: “I’m a dumba--.”

"This young man from what I can tell is a (Central Michigan University) student who had a bright future in front of him and now he needs to deal with this. He's got a lot of things he has to deal with before he can get back on the right track," Officer David VanDyke said, ABC7 reported.

Jenkins is facing charges for operating a vehicle while under the influence, vehicle theft and property damage.