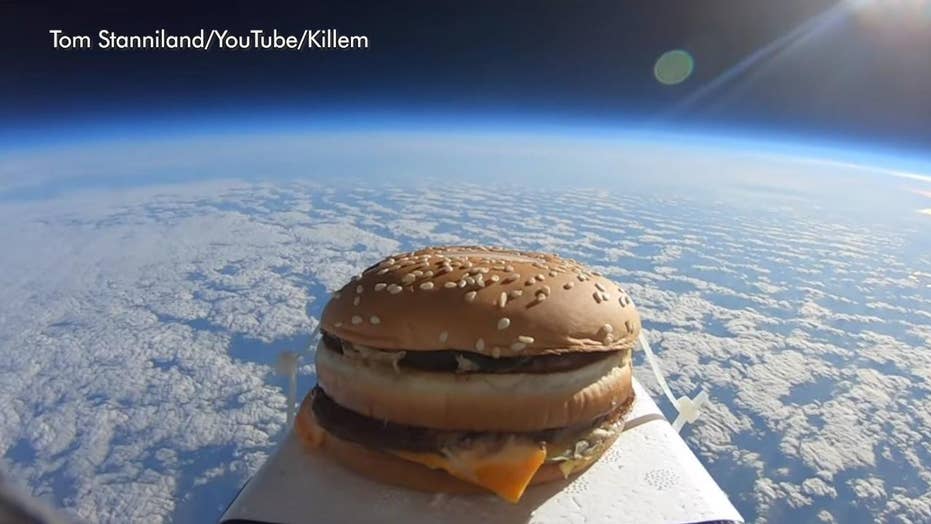 Big Mac found in England after man sends it into space

A football team in Essex, England finds a Big Mac after a YouTuber, Tom Stanniland, sends it into space.

The mystery surrounding a McDonald’s “spaceburger” has been brought to a satisfying, tasty conclusion.

On Thursday, Members of the Colchester United Football Club in Essex, England, took to Twitter to report finding a Big Mac that had seemingly descended from the heavens and landed on their training ground.

The folks in charge of the team’s official Twitter feed explained that the Big Mac had been transported to their grounds attached to a polystyrene box and a GoPro camera.

However, before they could investigate further, they allege that a man from nearby Sheffield called, claiming it was he who “sent the burger into space” on a weather balloon.

The man, a YouTuber named Tom Stanniland, then made the three-hour drive to Colchester United’s Florence Park training ground to pick up the burger and at least offer an explanation for his actions, if not his motivation.

“Alright, so I sent a burger into space using a weather balloon. It had gone about 24 miles up. The weather balloon popped, it’s come back down over 100 miles, and it’s landed right here,” he said in a video shared by Colchester United.

Stanniland, who goes by Killem on YouTube, later shared a video of his stunt, and his subsequent adventure to retrieve the burger, on the streaming video platform. In it, he also screens footage of the burger ascending into space.

But the best part – or the worst part – might be the moment Stanniland retrieves the burger and takes a bite, all while his friend asks if it “tastes out-of-this-world.”

“It’s not nice,” he concludes.