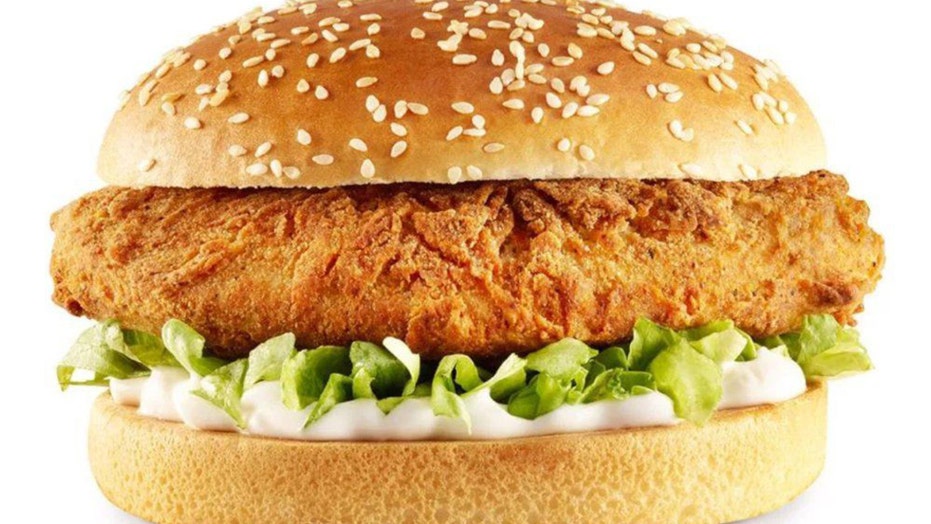 The Colonel is going vegan.

KFC is debuting a plant-based chicken sandwich at its stores in the United Kingdom later this month.

The new faux-chicken offering, called “The Imposter,” will feature a Quorn chicken fillet, a layer of vegan mayo and iceberg lettuce on a seeded bun.  (KFC)

The new faux-chicken offering, called “The Imposter,” will feature a vegan chicken fillet from fake-meat brand Quorn – coated in KFC's unique 11 herbs and spices – along with a layer of vegan mayo and iceberg lettuce on a seeded bun. It will reportedly start rolling out to select stores in the U.K. on June 17 as part of a four-week testing period.

The reactions on Twitter seemed mixed about the new product, with some lauding the idea while others appeared to be somewhat bothered by it.

Other fast-food chains have been jumping on the fake meat bandwagon recently, such as Burger King and its “Impossible Whopper,” which is rolling out across the United States, and McDonald’s with its Big Vegan TS burger, available in Germany.