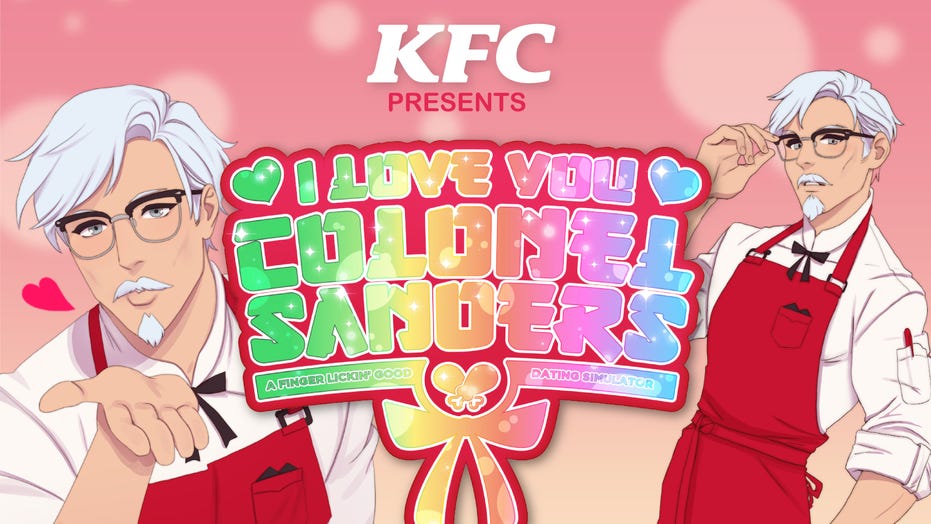 Fried chicken is about to get way more romantic.

The objective of the game is to progress through a simulated culinary school. Also, the player will have to try to romance Colonel Sanders — because of course.

The game is described as a "choose your own adventure-style dating simulator that gives gamers the opportunity to date the Colonel." (KFC)

In a press release sent to Fox News, KFC explained the game will be called “I Love You Colonel Sanders” and will be available on online video game network Steam. It’s set to be released Sept. 24.

The player will take on the role of a promising student at the University of Cooking School: Academy for Learning. The game is described as a dating simulator and the player will have to “navigate relationships and the social challenges that the fast-paced life in the kitchen can bring.”

According to the press release, “[The game] goes through three acts in which users are given options that have an effect on the outcome of the game, as well as the chance to date the Colonel. The suave Colonel Sanders, in his signature all-white suit and folded-to-perfection bowtie, also joins the culinary school to embark on his journey of becoming the world’s greatest fried chicken salesman, adding to your list of challenges.”

For KFC fans that just want to eat the food and not fall in love with a computer-simulated-person, they can check KFC’s new Macaroni and Cheese Bowls.