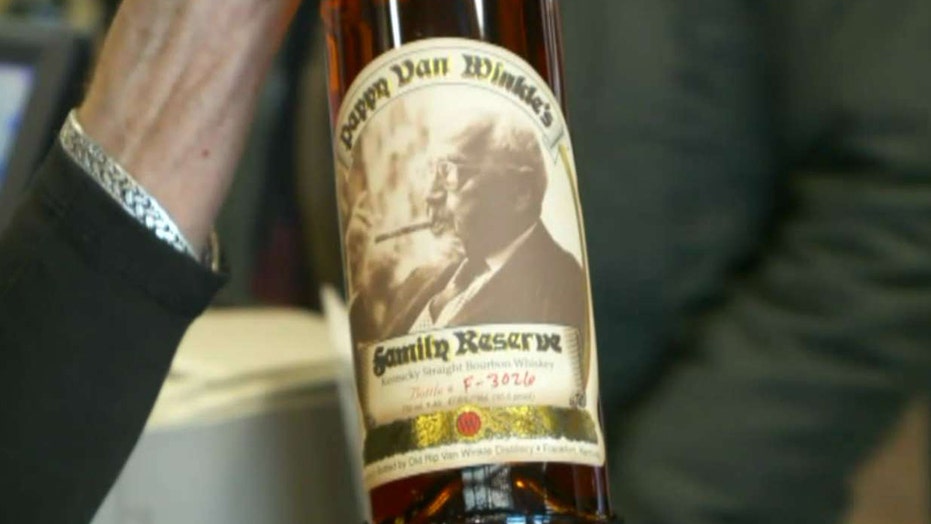 Demand for high-end bourbon sky rockets around the globe

Forget the bottle, a record number of people are experiencing Kentucky bourbon from the barrel, touring distilleries where they can sniff, sip and see whiskey crafted from the source.

It shows that "people don't just want what's in the bottle," association president Eric Gregory said. "They have a thirst for Kentucky's bourbon culture."

Many tourists visit multiple distilleries and each stop is counted as a visit, the group said.

The tour started in 1999 and has ridden a wave of popularity as the bourbon and whiskey industries enjoyed growing sales worldwide, in part driven by higher demand for premium spirits and cocktails. The tourism attractions had double-digit attendance growth in 2016 compared with the prior year, and attendance has shot up 300 percent in the past decade, the group said.

The parking lot is routinely filled with out-of-state visitors at the flagship distillery.

"There's no such thing now as down time," said Kim Bennett, who leads the Beam brand's bourbon experiences in Kentucky.

Beam now offers tours seven days a week at the Clermont distillery to keep up with demand, she said. Longer tours allow visitors to delve into the intricacies of bourbon making.

"They want to have that true, deep experience, and that's what we're giving them," she said.

The Kentucky Bourbon Trail Craft Tour, with 11 small distilleries, had 177,228 visits last year, a 32 percent increase from the previous year and up 187 percent over 2013, the association said. Those distilleries are spread across Kentucky.

Gregory called the record tourism numbers a "cause for celebration for the entire commonwealth."

"Think of what 1 million tours means to Kentucky in jobs, tax revenue and positive publicity," he said.

The latest boost for bourbon tourism came from a new state law that allows distilleries to obtain licenses to offer by-the-drink sales.

The cocktail bar has been a popular spot since opening last September at Beam's flagship distillery. One out of every three adult visitors has stopped to purchase a mixed drink, Bennett said.

"It's for us to enhance the experience, and if that brings more folks, that's great," he said.

The continued tourism surge comes amid an overall expansion in the state's $3 billion bourbon sector. The association said its member distilleries are in the middle of a $1.3 billion building boom that includes expanded production facilities and new tourism centers.

An industry patriarch, Bill Samuels Jr., who retired after a long career as the top executive at Maker's Mark, said bourbon tourism generates strong promotional value: "Those million, they go home and they tell 20 million," he said.