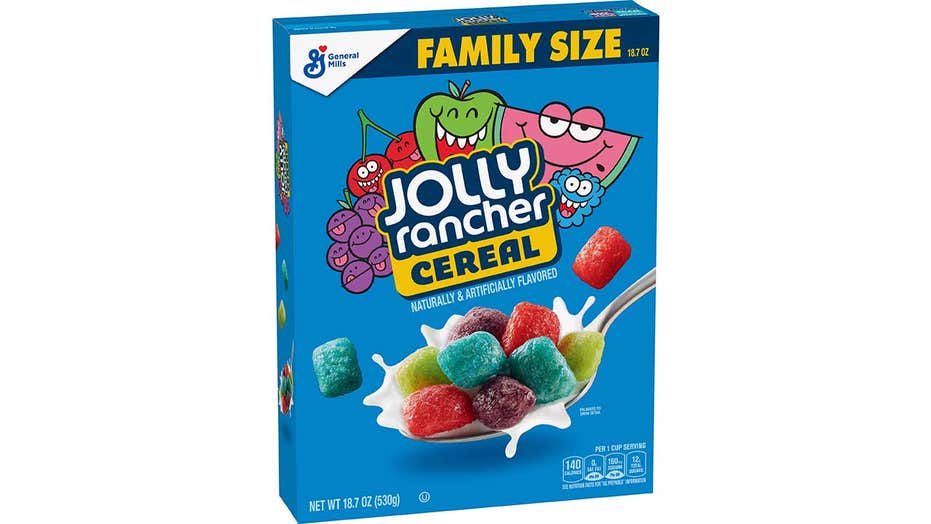 Let it never be said that General Mills is resting on its laurels.

The cereal brand, which could rest easy knowing that Cheerios and Lucky Charms will remain breakfast staples until long after we’re all dead, has introduced not one, but two new kinds of cereal based on candies that no one would have expected to end up in our morning meals.

First up is Jolly Rancher Cereal, which is designed to taste like, and somewhat look like, the popular hard candy. Each cereal bit is also advertised as tasting like grape, cherry, apple, watermelon or blue raspberry.

Despite this, an early review from Instagrammer @i_need_a_snack -- which was one of the first accounts to share the news of the offering -- likened the flavor to another of General Mills’ offerings.

“I want to be 100 percent honest with you guy’s in saying that I feel like these guy’s [sic] are just a re-branded Trix with a slighttt flavor difference,” the Instagrammer wrote in a review.

For consumers who don’t prefer fruity flavors, however, General Mills has also debuted its Hershey's Kisses Cereal, featuring tiny chocolate cereal bits that are, arguably, molded in the shape of the iconic Kisses.

The cereal is advertised as having “a nice light crunch and a smooth chocolate flavor,” according to General Mills. But a pair of reviewers cited by People found its most distinguishing trait to be its tendency to turn the milk “chocolately” almost immediately.

Both the Jolly Ranchers and Hershey Kisses cereals are currently available at select retailers before expanding for a wider release in early 2020.