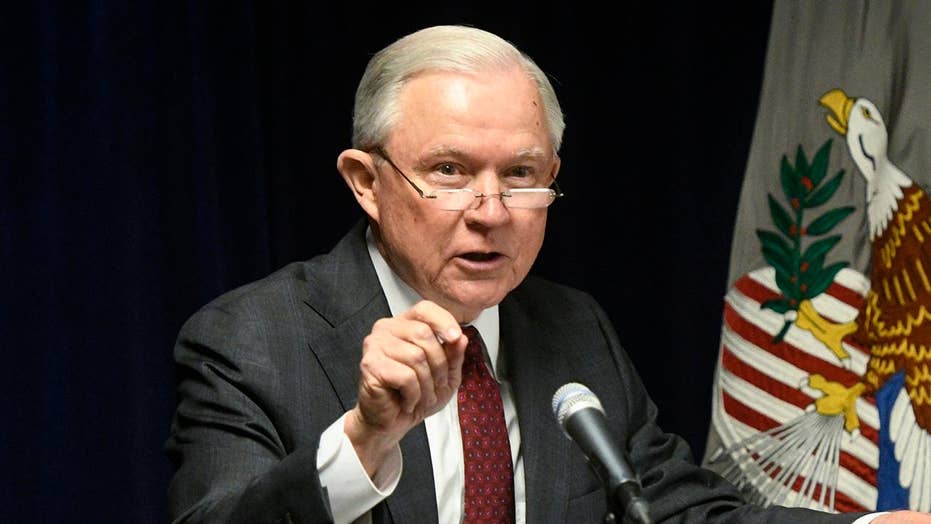 Corey Lewandowski on the increase of incivility in America.

A Texas restaurant was forced to shut down its social media accounts on Saturday after it received backlash for posting a photo of Jeff Sessions during the attorney general’s visit to the Houston chain.

The fury against El Tiempo Cantina began when the restaurant posted a picture Friday of owner Rolando Laurenzo’s son and Sessions. The chain wrote in the caption that it was an “honor” to serve the attorney general, who was in Houston to meet with law enforcement officers on crime and illegal immigration.

Fans quickly condemned the post and lambasted the restaurant for serving Sessions. Some people urged customers to boycott the restaurant while others sent death threats to Laurenzo and the staff.

The post was taken down and Laurenzo wrote an apology, saying the picture “does not represent us supporting [Sessions’] position,” Houston CultureMap reported.

“El Tiempo does not in anyway support the practice of separating children from parents or any other practices of the government relative to immigration. The posting of a photograph of the Attorney General at one of our restaurants does not represent us supporting his positions,” Laurenzo wrote in a Facebook post before the restaurant's account was deactivated.

Laurenzo said the restaurant did not know it would be serving Sessions and the staff was focused on “serving great food and giving great customer service.”

“The man came to dinner and he was served without us even thinking about the political situations,” Laurenzo wrote. “It was posted without review or approval by ownership and this has led to everyone jumping to conclusions that somehow we are involved in this political matter. We don’t approve of anyone separating parents and children.”

Despite the explanation, the restaurant appeared to deactivate all its social media pages as of Saturday due to the backlash.

Laurenzo told KHOU11 that it was a “mistake” for the restaurant to post the photo.

“In retrospect, it was a mistake because it angered so many people," Laurenzo said. "We have gotten so many complaints and comments. And threats, death threats. This has been extremely shocking to our family.”

He also told ABC13 he decided to delete the social media accounts because people were insulting the restaurant and his family in “dramatic fashion.”