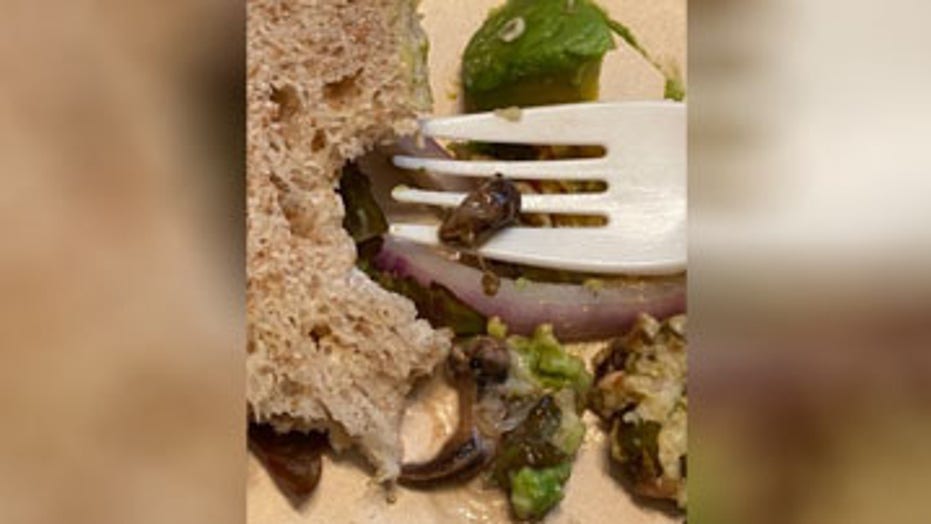 What started out as a gross lunch could turn into a serious medical problem.

A woman claims she bit into a slug that was inside a sandwich she purchased from a deli in Hawaii.

Chaunda Rodrigues confirmed to Fox News that the slug was turned into a lab for testing. The resulted indicated that it was positive for rat lungworm, a parasite that can infect humans if ingested. (Chaunda Rodrigues)

Chaunda Rodrigues bought two sandwiches from Island Naturals in Hilo last week, Hawaii News Now reported. She says she bit into the slug, unaware that it was in the sandwich.

Rodrigues told Fox News that the slug was then turned over to the Jarvi lab, at the Daniel K. Inouye College of Pharmacy in Hawaii, for testing. The results indicated that it was positive for rat lungworm, a parasite that can infect humans if ingested, she said.

“I just want everyone to be aware of the seriousness of rat lungworm and hope the state department of health does more to prevent more people -- locals and tourists -- from being infected by the parasite,” Rodrigues told Fox News. “There is no recommended prophylactic treatment. I only went to the ER and insisted they treat me because of the local community telling me to take it now before the parasites get to my brain.”

According to the Centers for Disease Control and Prevention (CDC), symptoms for rat lungworm can include nausea, headache, vomiting, a low fever and painful skin sensations.

“The ER doctor told me over the phone there is nothing I could do to prevent myself from getting rat lungworm,” Rodrigues said, “and I need to wait until I experience symptoms before they do a spinal tap to confirm I have the parasite. Then I could be treated."

"I didn’t want to wait to be infected or wait for my husband or infant to be infected," she said. "So multiple doctors prescribed us albendazole, and we still don’t have the full amount needed for treatment.”

Rodrigues had shared an avocado from the sandwich with her husband and son before she bit into it.

Rodrigues claims she isn’t the first person to complain about slugs in the food at Island Naturals in Hilo and that “an inspector went to the establishment and gave them two citations but allowed the kitchen to remain open without any notice to the public.”