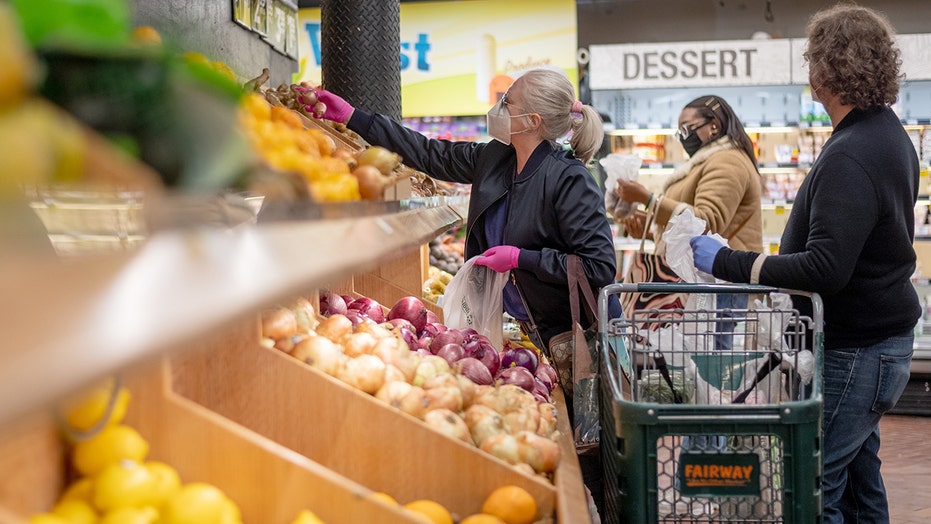 The U.S Bureau of Labor Statistics recently confirmed that grocery prices across the nation increased by 2.6 percent in April, accounting for the largest one-month increase in this particular index since Feb. 1974.

The bureau’s Consumer Price Index Summary, released Tuesday, said the price increases were “broad-based” across all six major grocery groupings in the “food at home” index, with each jumping “at least 1.5 percent” over March.

Meats, poultry, fish and eggs accounted for the largest price jump of the six food groupings, increasing by 4.3 percent in April. The index for eggs alone increased by 16.1 percent, according to the U.S. Bureau of Labor Statistics' summary. (Angus Mordant/Bloomberg via Getty Images)

Specifically, the price index for fruits and vegetables increased by 1.5 percent, as did the prices for dairy and “related products.” Nonalcoholic beverages also increased by 2.9 percent, as did cereals and bakery items, the latter increase being that index’s “largest monthly increase ever.” But it was the meat grouping — meats, poultry, fish and eggs — which saw the largest price jump in April, increasing by 4.3 percent. The index for eggs alone increased by 16.1 percent, according to the bureau’s summary.

Overall, the “food at home” index (i.e., food purchased mainly at grocery stores) had risen 4.1 percent over the last 12 months.

In contrast to the rising food index (and some sectors of the energy index), the overall average costs for all consumer goods and services declined in April by 0.8 percent over March, largely due to a steep dropoff (a 20.6 percent decrease) in the gasoline index, but also in prices for apparel, vehicle insurance, plane tickets and hotel/motel lodging.

In contrast to the rising food index, the overall average costs for all consumer goods and services declined in April by 0.8 percent, largely due to a sharp decrease in the gasoline index. (Alexi Rosenfeld/Getty Images)

The Bureau of Labor Statistics noted, however, that methods of data collection were hindered slightly by the ongoing coronavirus health crisis, as “data collection by personal visit” had been suspended since March 16. That information was instead collected online or via the phone.

Tuesday’s Consumer Price Index Summary comes after meat-industry analysts and insiders predicted an increase in the prices of meat at the supermarket, with some predicting continued spikes into May. In April, the U.S. Department of Agriculture had also reported that egg prices, on average, had tripled since the beginning of March due to shortages and demand.