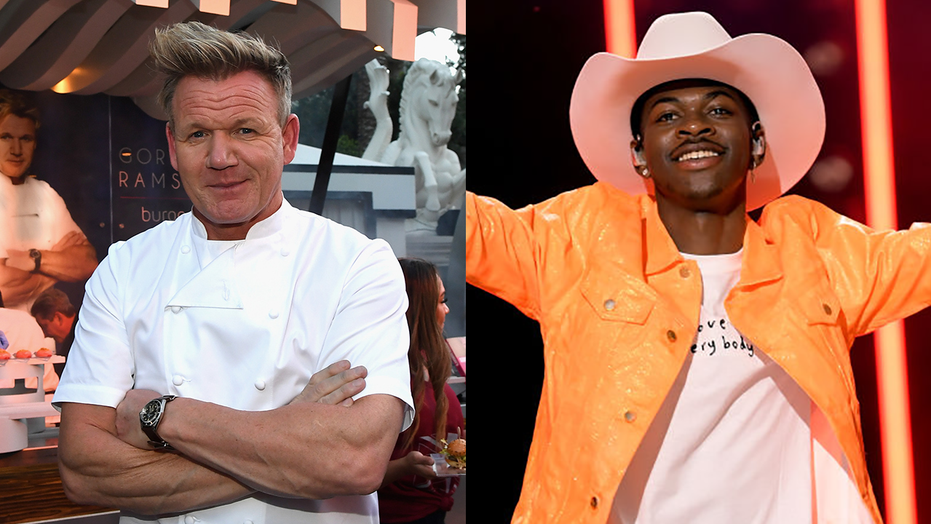 Lil Nas X is continuing to tease our favorite celebrity chefs with the prospect of collaborating on his increasingly bizarre, likely-never-to-materialize remixes.

Just weeks after Lil Nas X told Guy Fieri he was intrigued at the prospect of a Flavortown-themed remix of “Old Town Road," the artist and songwriter is now courting “Masterchef” star Gordon Ramsay for a guest appearance on a new version of his song “Panini.”

Ramsay, too, has already responded, and it doesn’t appear he’s completely against the idea.

“Tell me more…” he tweeted back.

Fans of both Ramsay and Lil Nax X have since expressed their excitement — and their apprehension — at the notion of a collaboration. Some have also suggested ways in which Ramsay can contribute.

The official accounts of MasterChef and Buzzfeed Tasty also voiced their approval. Schlotzky’s, too, was into the idea, though the restaurant chain seemed more interested in horning in on Ramsay’s action.

It’s worth noting, however, that Lil Nas X has confirmed “Panini” is not about sandwiches, but rather a character from an older Cartoon Network show called “Chowder.”

The 20-year-old added that fans also mistakenly believed “Panini” had sampled Nirvana’s 1992 song “In Bloom,” but clarified that he had never actually listened to the band’s “Nevermind” album until the similarity was pointed out. He now credits Kurt Cobain as a songwriter on “Panini,” People reports.

Lil Nas X has yet to respond publicly. He has also yet to invite Giada DeLaurentiis or Martin Yan from "Yan Can Cook" to appear on any of his forthcoming remixes, at least not as of Friday morning.