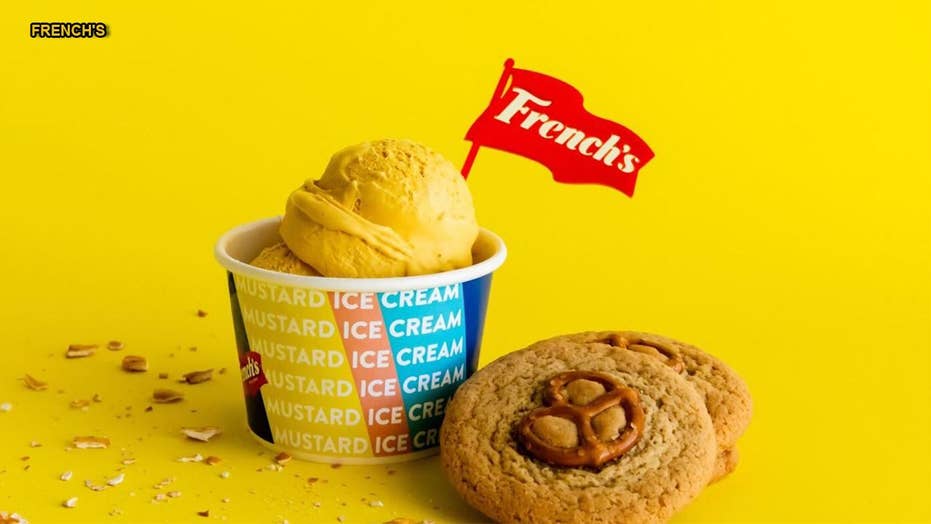 The limited edition French's Mustard Ice Cream, made in collaboration with Coolhaus Ice Cream, will be sold in New York City and Los Angeles. The yellow mustard-flavored treat will be accompanied by a pretzel cookie.

Now if someone would only make some ketchup-flavored soft serve, we’d be in business.

In news that should make fans of the pickle-split sundae happy, French’s has teamed up with Coolhaus to introduce a mustard-flavored ice cream in select cities this summer.

On Wednesday, French’s announced it would be bringing its French’s Mustard Ice Cream to both New York and Los Angeles for a very limited time: Aug. 1-2 in NYC and Aug. 3 in the Hamptons; and Aug 2-4, and 9-11, in Los Angeles County.

Those wishing to try the offering in New York will need to look out for a “French's Mustard Ice Cream truck” at Rockefeller Center and Columbus Circle on Aug. 1, before the truck heads to Brooklyn Heights and Madison Square Park on Aug. 2, and then Main Street in the Hamptons and East Hampton Main Beach on Aug. 3.

“Today, French's® announced the availability of a French's Mustard Ice Cream just in time for National Mustard Day this Saturday,” French’s wrote in a press release. “This limited-edition ice cream was developed with Coolhaus Ice Cream to bring together two all-American classics, ice cream and mustard, in a surprising yet delicious offering.”

French’s said it also plans to serve the ice cream with a pretzel cookie, presumably in the unlikely event that anyone’s sweet-and-savory needs weren’t met by the mustard-infused ice cream.

Can’t make it to NYC or LA? Don’t worry — French’s proudly touts an “easy-to-make, at-home recipe” for anyone adventurous enough to try.