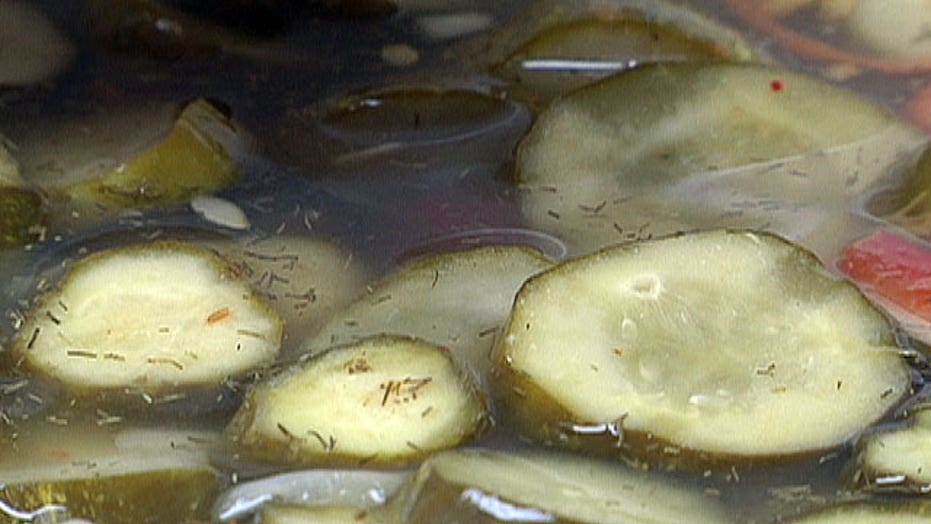 Finding the fabulous in fermented foods

From kimchi to pickles, these pungent powerhouse foods are taking the culinary world by storm. And Sarah and Eric Underberg are on a mission to put them on your plate.

Dallas Center, IA – From kimchi to pickles, these pungent powerhouse foods are taking the culinary world by storm. They are packed with good probiotics that help maintain the natural balance in the intestines.

People can get these probiotics by eating fermented foods. And Sarah and Eric Underberg are on a mission to put them on your plate.

"I'm not saying that this is the cure-all-end-all for everything but I am saying this is a start."

Fermentation happens when the natural sugars in vegetables break down and release carbon dioxide.  This process preserves the food, and creates beneficial enzymes, b-vitamins, Omega-3 fatty acids, and various strains of probiotics.  It also makes foods that are easier to digest.

Six-months ago the Underbergs started their own business called Agri-Cultured. They sell fermented veggies, hummus, teas, and other foods that contain live cultures and digestive enzymes. Agri-Cultured joins a growing community of fermented food providers.

Preparing food through fermentation has been around for centuries and is found in cultures across the world. Fermentation and a good mason jar was the way that grandma and grandpa kept their veggies over the winter. But as food preservation progressed, other ingredients were added to help the food stay longer. Those extra ingredients kill the probiotics that are good for your gut health.

“All these types of foods were fermented but then they add vinegar and pasteurize them, put them in a can, and stick them on a shelf,” says Eric, adding that while foods now can sit in a grocery store much longer, they don’t provide the same nutritional benefits as before.

The Underbergs say it’s time to put those probiotics back in your diet. And it’s easy to do. Sarah says she chops up kimchi and uses it as a salsa substitute for tacos, or on a pizza to spice it up. The recommended serving is about two tablespoons per meal.

Want to make your own fermented food? It can be easy to do - sauerkraut is cabbage and sea salt, chopped and mashed together, and left alone for a month or more to ferment in its own juices. It’s that simple and time does most of the work.

But those with a delicate sense of smell should beware. Fermenting food can be smelly, especially if you're using an ingredient like fish sauce to season your veggies.

Whether it’s kimchi, pickles, or kombucha tea, fermented foods can be used as a side dish or baked right into a dessert. Sarah prepared chocolate chip cookies for a recent food festival. The twist? The cookie recipe included an entire jar of sauerkraut. She said that everyone who tried the cookies had no idea there was fermented cabbage inside.

Both the Underbergs have seen their health improve since adding fermented foods to their diets over the last two years.

"My life was all pills and I didn't want to do that. And I remember thinking there has to be a better way than this,” Sarah says.

She has lost weight and she is no longer lactose intolerant. Sarah attributes the changes to her new lifestyle that includes fermented foods.

"I'm not saying that this is the cure-all-end-all for everything but I am saying this is a start," says Sarah, adding that people shouldn’t expect all their health problems to be solved after one meal.

Want to see if you feel better after eating fermented food? For a small difference, Eric and Sarah say to eat fermented veggies after a heavy meal of pizza, tailgating, or beer. The next day you should feel less bloated.