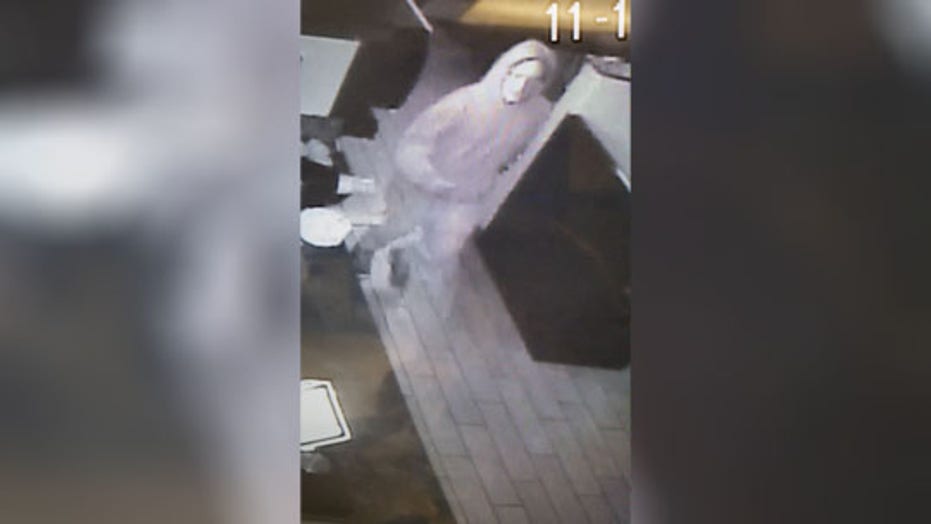 Even thieves get hungry.

Police are investigating a bizarre robbery that occurred in Washington state involving a thief who broke into a restaurant and stole a bunch of cookies earlier this week.

Also, he apparently dropped the cookies on his way out.

The West Richland Police Department posted an image of the suspect on its Facebook page on Wednesday. Officers responded to reports of a man breaking the front window of the Chicken Shack at around 9:23 p.m. the previous day. Witnesses reportedly claimed they saw the man enter the building.

“Officers arrived within minutes of the call being dispatched," police wrote in the post. "Additional units from Richland Police Department and Benton County Sheriffs Office also joined the party since there was a high possibility the suspect was still inside.”

The thief, however, had already appeared to have made his escape. “We checked the building and it turns out the bandit made his way out prior to our arrival,” the police continued. “The surveillance video showed the suspect enter and go to the counter area where he takes several cookies from a tray next to the register.”

Officials did not confirm whether the suspect had been identified as of Thursday.

This suspect wasn't the only thief to become distracted by food on a recent heist. Earlier this month, a thief in Florida was filmed robbing a Taco Bell at the Boynton Beach Mall and not only going for the cash, but also some tostada shells too.

Police suggested that the suspect is responsible for a separate robbery at the same location earlier this month.