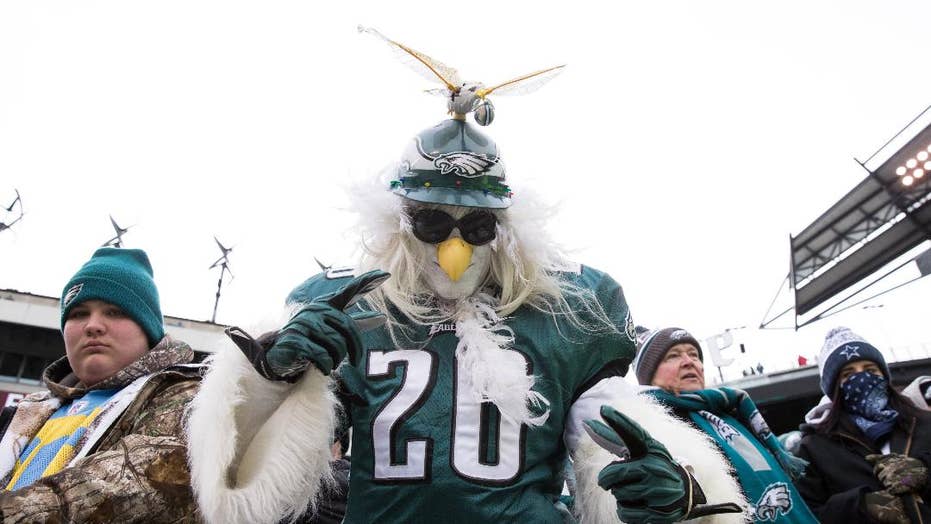 Minnesota football fans haven’t forgotten that the Eagles defeated their beloved Vikings in the playoffs, effectively ruining the team’s chance to become the first to play at its own stadium in the Super Bowl.

Despite this, at least one establishment in Minneapolis is willing to offer any incoming Eagles fans a couple of congratulatory drinks on the house — so long as they can be thrown directly into their Philadelphia-loving faces.

BUDWEISER NO LONGER AMONG AMERICA'S TOP THREE BEERS, ACCORDING TO SALES ESTIMATES

“Eagles fans: Stop in and have a beer thrown at you,” reads a sign hanging in the window of Truth Bar.

As it turns out, however, the owners of Truth Bar aren’t likely to follow through on their offer, if only because Truth Bar isn’t technically a bar. According to City Pages, Truth Bar is in fact a shared workspace owned by the Kruskopf & Company agency, and not actually open to the public, reports City Pages.

This fact hasn’t stopped Eagles fans from responding to photos of the sign on Twitter, with some vowing to avoid the Truth Bar, and another saying he’d he’ll be “owning that bar” if any bartender attempts to slosh a drink in his face.

Meanwhile, another Eagles fan said he isn't worried about Truth Bar's offer, and took a shot at Vikings quarterback Case Keenum at the same time.

“Is [Vikings quarterback] Case Keenum throwing it?" asked an Eagles fan whose Twitter handle is currently "BEATTHEPATS. "If so I’m not worried about being hit."