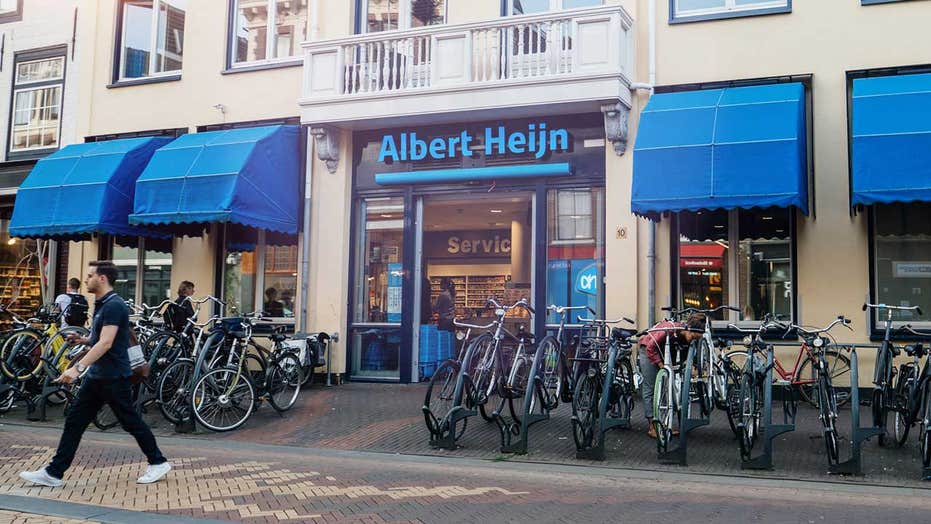 A Dutch supermarket is no longer requiring its employees to upload half-naked photos of themselves before they can be sized for new uniforms.

Albert Heijn, the largest chain of supermarkets in the Netherlands, had asked the staff at a single location to test a new app that would determine the size of an employee’s uniform after analyzing a photo of the employee in their underwear or in “close-fitted clothing.”

If the pilot program proved successful, the app would then be introduced to staffers at locations across the Netherlands, the BBC reported.

That pilot program was not successful.

“I saw a poster hanging in our canteen, and I was shocked," one 17-year-old employee at the Nijmegen location told Netherlands news outlet NRC Handelsblad. The teen employee added that he told his mother, and she assumed it had to be a joke.

"But the manager told us that if we don't do it, we can't be in the store anymore because we don't have the right corporate clothing,” the employee claimed.

A location of Albert Heijn, the largest supermarket chain in The Netherlands, had asked employees to take part in a pilot program to help determine their uniform sizes.

When news got out on social media about the supermarket’s request, the Dutch Data Protection Authority — a government-appointed body — called the Albert Heijn uniform policy “bizarre” and said that the company “has no basis at all for imposing this on his employees,” per NRC.

The agency added that the policy is especially dangerous, as there may be underage workers employed by the supermarket.

Albert Heijn has since claimed that uploading the underwear photos was never mandatory for employees and that those who didn’t wish to share such pictures could simply tell their manager their correct size.

"Next year we will introduce new apparel for all Albert Heijn associates in our 1,000 supermarkets across The Netherlands," a spokesperson for Albert Heijn wrote in a statement shared with Fox News. "Last week we conducted a test with an innovative mobile app in one of our supermarkets in order to determine clothing sizes in a quick and efficient way. In this test we asked associates to upload a personal photo in close-fitted clothing or underwear for automatic analyses by the app. Although participation was voluntarily and pictures were not visible to management, this should never have happened."

However, an email sent to employees and shared with NRC allegedly contradicts the company’s statement, suggesting that the app-based process was mandatory for all employees of the Nijmegen store.

Albert Heijn has since dropped plans to roll out the app to other locations, with a spokesperson admitting that the company’s request for photos should “never have happened” in the first place.

The supermarket also confirmed that it will be deleting the photos that employees had already provided prior to dropping the pilot program.

"We have canceled the pilot yesterday and we apologize to all involved," the company said.