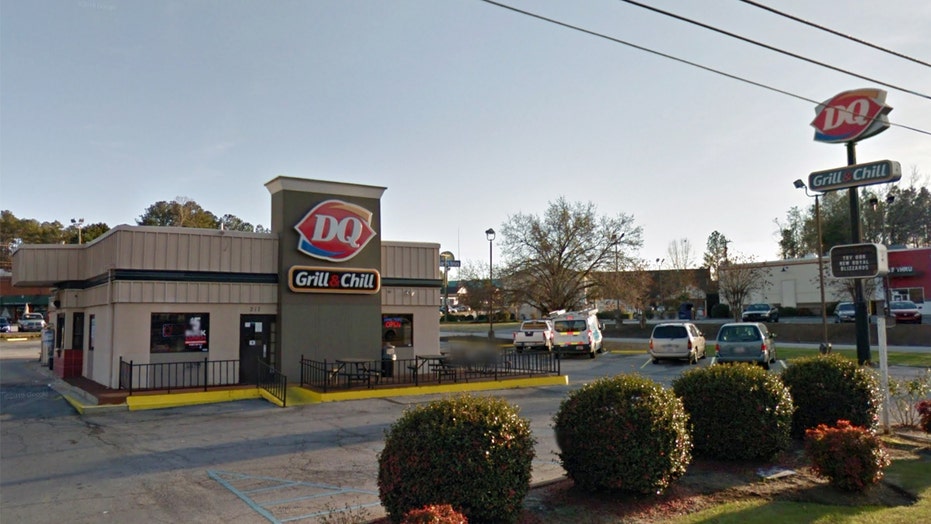 Dairy Queen has had to oddly clarify that the store's food does not contain "human meat" after one of its South Carolina restaurants was swarmed by federal agents last week.

"At Dairy Queen, we are very proud of our 100% beef hamburgers," the fast-food chain tweeted Friday. "We serve a high-quality hamburger with no additives or fillers."

The statement was in response to a news story published by the Index-Journal, of Greenwood, S.C., reporting that someone complained about "human meat being inside a burger" at the local Dairy Queen.

Manager Saif Momin said that around 9:30 a.m. on Wednesday, federal agents from the FBI and Homeland Security, as well as local South Carolina officials, appeared at the store in Greenwood. He told the news outlet a corporate inspector told him someone complained there was "human meat" in a burger.

Ultimately, two people were arrested for allegedly running an unlicensed money-transfer business. One of the men arrested reportedly kept $200,000 in a locked safe at the Dairy Queen so that the other man could easily access it.

The swarm on Wednesday sparked rumors online that something strange was taking place at the "Grill & Chill" location in Greenwood.

Saif Momin, manager of the Dairy Queen in Greenwood, S.C., said if there was human meat in his store's burgers, the store would've been shut down. (Google Earth)

“If that was the case, they already would have shut me down,” Momin said of accusations of human meat in burgers. "I just want to make sure people know it has nothing to do with my business. They were looking for people that don’t work there."

Momin's name, according to the Index-Journal, is listed in an affidavit related to the case, but he has not been charged with a crime.

A spokesperson for Dairy Queen told the news outlet they "recently learned of the law enforcement activity this week at this location, which is a locally owned and operated store."

"The allegations of illegal activity are troubling. We will be looking into this matter and will be following the ongoing investigation closely as more information becomes available. As this is an ongoing investigation, we refer all questions to authorities,” the spokesperson, Marlene Kadlec, said.

Greenwood's County Coroner, Sonny Cox, said "there's little to no chance" that human meat would be sold in burgers at Dairy Queen.