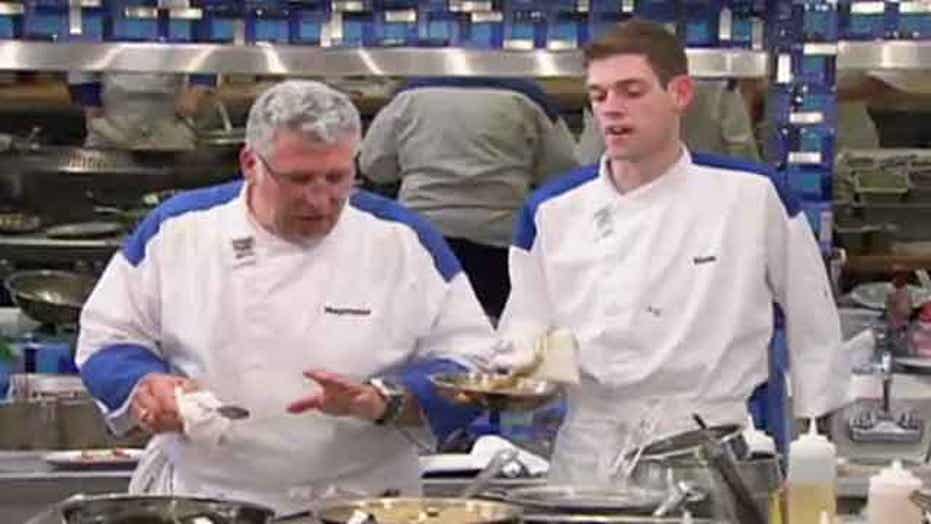 For fans that can't wait to get their fix of the celebrity chef Gordon Ramsay's toxic-tongued kitchen antics, the wait is almost over.

Tuesday kicks off the newest season of "Hell's Kitchen" with a two-hour episode on FOX.

In the premiere, three contestants --Amanda Giblin, Dan Ryan and Jessica Lewis --are among the 20 chefs that compete in front of a live Las Vegas audience for a cooking challenge that pits the men against the women. They talked to FoxNews.com’s Ashley Dvorkin about what it’s like to be on the show and what’s in store during this—the 11th season.

Giblin says one of the biggest challenges for her was cooking in front of the large, live audience, for which they were given no advanced warning. “It was incredible, scary,” she said.

In Tuesday’s show they say there’s an extra contestant that is neither man nor woman.  Also the winning team (they don’t say who) gets a VIP night on the town, while the losers get a bumpy ride home on a hot school bus.

Ryan said there’s plenty of action packed challenges this season.  “There are more out-of-the-kitchen challenges this year, than inside the kitchen.  I’ll leave it at that.”

And about what it’s like working with Ramsay, and his penchant for cursing like a sailor, Lewis says, “he will yell at you, but his remarks sometimes, you don’t know whether to cry or to laugh or to hide.”

Each week, the aspiring restaurateurs will face a host of grueling team challenges, with the losing team picking a member of the team to eliminate.  They compete for the grand prize--a position as Head Chef at Ramsay's new Las Vegas restaurant.