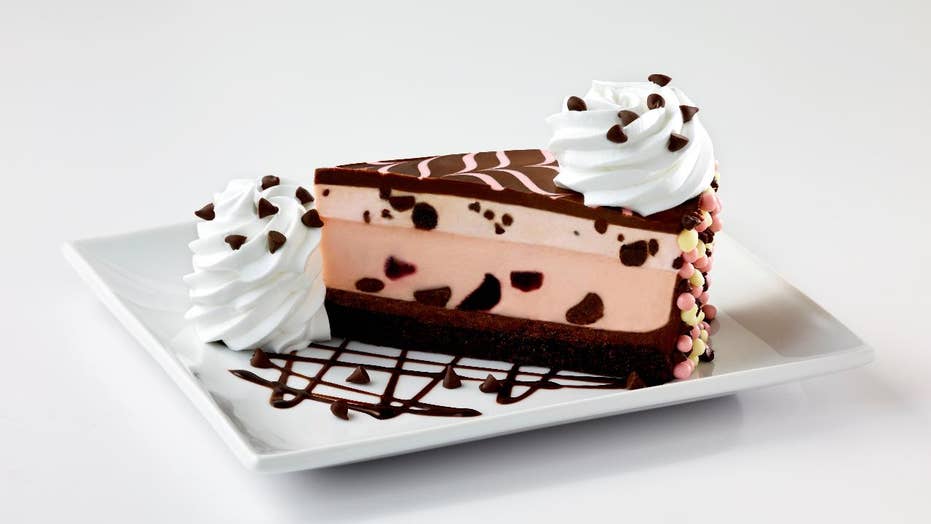 Restaurants across the nation may be offering their own deals and discounts, but Cheesecake Factory has actually debuted two new flavors in honor of the holiday — and they're extending a half-price deal for any and all cheesecakes on the menu.

The latest additions, which were created in partnership with two well-known brands, will join a menu that already features over 250 varieties.

HOW TO BAKE A CAKE ON THE GRILL

The Cinnabon Cinnamon Swirl Cheesecake is made with layers of Cinnabon cinnamon cheesecake and vanilla crunch cake topped with cream cheese frosting and caramel, and finished off with cinnamon candy crunchies. From the outside, it also looks like a cinnamon roll, but when sliced into, the fusion of Cinnabon and cheesecake becomes apparent.

The second new offering, the Very Cherry Ghirardelli Chocolate Cheesecake, features cherry cheesecake on a layer of fudge cake, loaded with cherries and Ghirardelli chocolate. Each slice also contains real cherries on the inside, a crunchy chocolate cherry coating and lots of whipped cream.

For every slice of Very Cherry Ghirardelli Chocolate Cheesecake sold through February, they will donate 25 cents to Feeding America. (The Cheesecake Factory)

In honor of National Cheesecake Day and their new flavors, The Cheesecake Factory is also partnering with Feeding America, the nation’s largest organization dedicated to fighting domestic hunger though a network of food banks.

For every slice of Very Cherry Ghirardelli Chocolate Cheesecake sold through February, they will donate 25 cents to Feeding America.