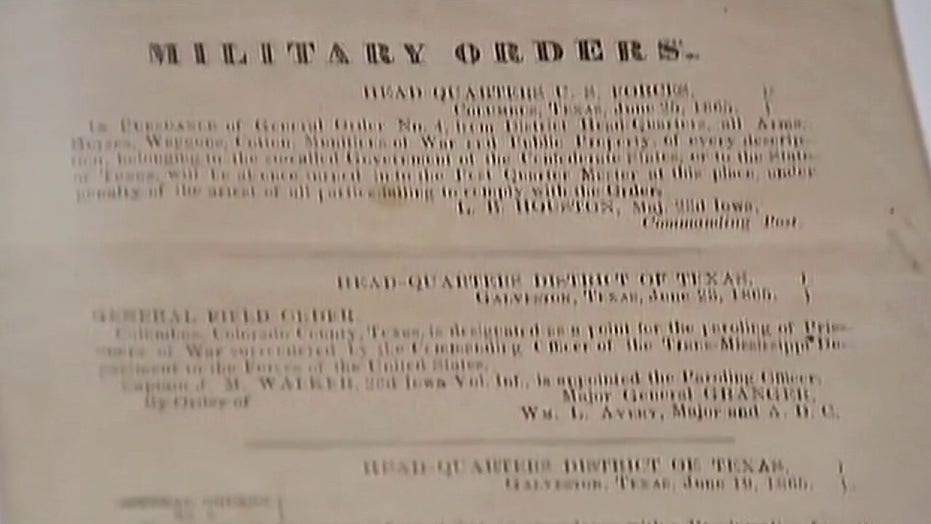 Ben & Jerry’s is once again stepping into the political ring, scoops blazing.

The ice cream brand, known for its liberal leanings, has shared an explainer piece on Juneteenth — a day celebrated every year to mark the end of slavery on June 19, 1865 — to further show its support of the Black Lives Matter movement, and contextualize the current “Defund the Police” campaign.

The ice cream brand, known for its liberal leanings, has shared an explainer piece on Juneteenth — a day celebrated every year to mark the end of slavery on June 19, 1865. (Ben & Jerry's)

The essay begins by stating the importance of the holiday and then launches into the brand explaining the “defund” movement, which has been popularized during the George Floyd protests, and “why it offers the best opportunity in generations to completely transform our model of policing and create stronger, safer communities” for “Black Americans and people of color.”

In its multipage, bulleted list, Ben & Jerry's explains that the "Defund the Police" movement is demanding an end to spending billions of tax dollars for “endlessly growing police budgets, loading up on manpower, surveillance, armor, and weapons of war” and instead invest it into affordable housing, job training, education, and other community needs.

“The ‘defund’ movement acknowledges that police are not appropriate or effective responders to homelessness, mental illness, addiction, school discipline, or any number of issues and activities that aren’t criminal and pose no danger to anyone. In fact, relying on the police to ‘solve’ those problems only escalates interactions, resulting in unnecessary conflict,” the blog wrote.

“It’s not just advocates and protesters who are demanding change — many police officers also believe that they are being asked to do things that they are ill equipped for. In 2016, then Dallas police chief David Brown said, ‘Every societal failure, we put it on the cops to solve,’” the essay continued.

The call to action rephrases its desire to “defund,” stating, “we think police work should be limited in scope and rooted in shared community-centered principles.”

Those on Twitter, where the company posted its demand to “dismantle the racist and ineffective model of American policing,” have praised the brand.

This isn’t the first time Ben & Jerry’s has gotten political with its ice cream.

In 2018, the brand launched its Justice ReMix’d campaign, which works with partners in Missouri and Florida to reform the criminal justice system.