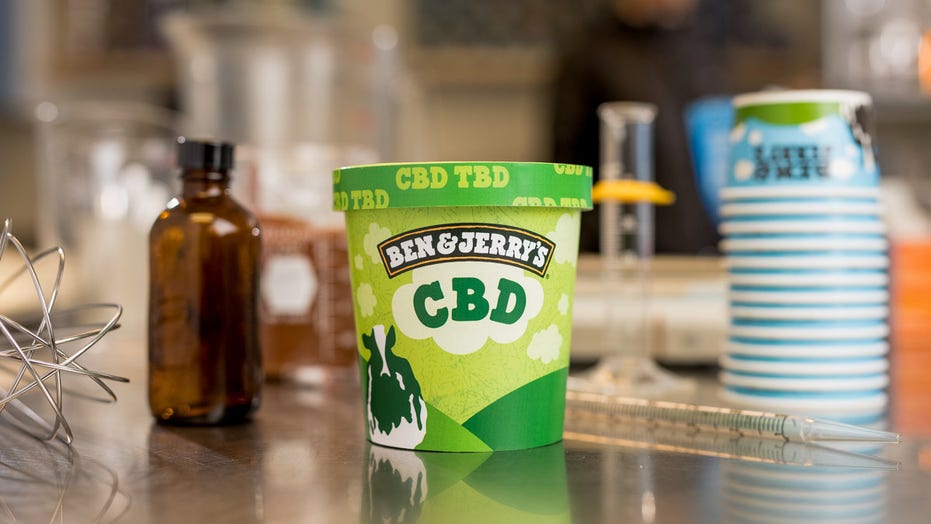 It what won't likely come as a shock to anyone even slightly familiar with Ben & Jerry’s, the company has announced they're in favor of legalizing CBD-infused ice creams.

On Thursday, Ben & Jerry’s confirmed that the company is “committed” to providing its customers with cannibiniol-infused offerings "as soon as it's legalized" by the federal government for the use in foods.

SEE IT:  ICE CREAM SHOP DEBUTS 'PICKLE SPLIT.' WOULD YOU EAT IT?

“We’re doing this for our fans,” Matthew McCarthy, Ben & Jerry’s CEO, said in a press release. “We’ve listened and brought them everything from Non-Dairy indulgences to on-the-go portions with our Pint Slices. We aspire to love our fans more than they love us and we want to give them what they’re looking for in a fun, Ben & Jerry’s way.”

The announcement came one day before the FDA’s first public summit on CBD, during which FDA officials will hear arguments for the legalization of cannibiniol.

“They’ve set a public hearing on the legalization of CBD-infused foods and beverages for May 31st, and we’ve submitted a comment to them in support of legalization,” the company’s announcement reads.

Ben & Jerry’s also vowed to only sustainably-sourced CBD from Vermont, where the company is headquartered.

The legality of CBD products containing trace amounts of THC currently varies from state to state. Cannibiniol, commonly known as CBD, is derived from hemp or cannabis plants and often used in relaxation or pain-relief supplements. Experts say the levels of THC (the cannabinoid most recognized for giving marijuana its psychoactive properties) usually found in commercially available products is far too low to produce a “high” in users.

The FDA, too, has reported on evidence of cannabinoids being effective in treating rare forms of epilepsy. In June 2018, the FDA approved Epidolex, the first medication to contain “a purified drug substance derived from marijuana.”

Thursday’s news from the ice cream chain is not the first time the company has made its stance on the legalization of cannabis-sourced products known. Earlier this year on April 20 (4/20, to be exact), Ben & Jerry’s partnered with a San Francisco-area dispensary to give out pints of ice cream for customers placing delivery orders.

"We have a lot of fun, never being overt, but really playing into the moment of 420," said Jay Curley, the company's global head of integrated marketing.