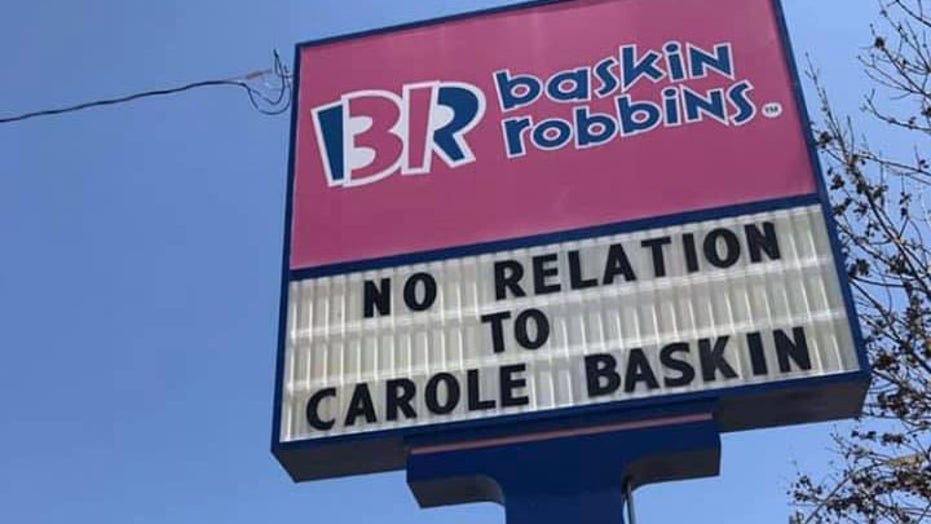 The operator of a Baskin-Robbins ice cream shop in Kansas says she’s enjoying steady business thanks to a “Tiger King”-inspired joke she posted on the sign outside the store.

Peggy Heldstab told TMZ it was her son’s idea to post the joke outside of her Baskin-Robbin’s location in Junction City on Sunday. At the time, she claimed she hadn’t even seen a single episode of the Netflix docuseries that made Carole Baskin a household name.

For those who don’t know, Baskin runs the Big Cat Rescue wildlife sanctuary in Florida. She’s also one of the main subjects of “Tiger King” along with former zoo operator Joe Exotic, who, throughout the course of the docuseries, repeatedly accuses Baskin of having her late husband killed and fed to the tigers in her refuge.

Heldstab was reportedly unaware of Baskin’s reputation when putting up the sign, but she claimed her business doubled on Sunday, compared to the day before.

In addition, locals seem to be getting a kick out of the joke. Even the Junction City Police Department thanked the shop for “keeping it light and giving us a laugh.”

Heldstab added that she’s since watched a few episodes of “Tiger King” on Netflix, and told TMZ she’d still serve Carol Baskin a cone if she came in and ordered one.

When contacted for a comment, a representative for Dunkin Brands, which owns Baskin-Robbins, confirmed to Fox News that “Carole Baskin is in no way related to Baskin-Robbins.”