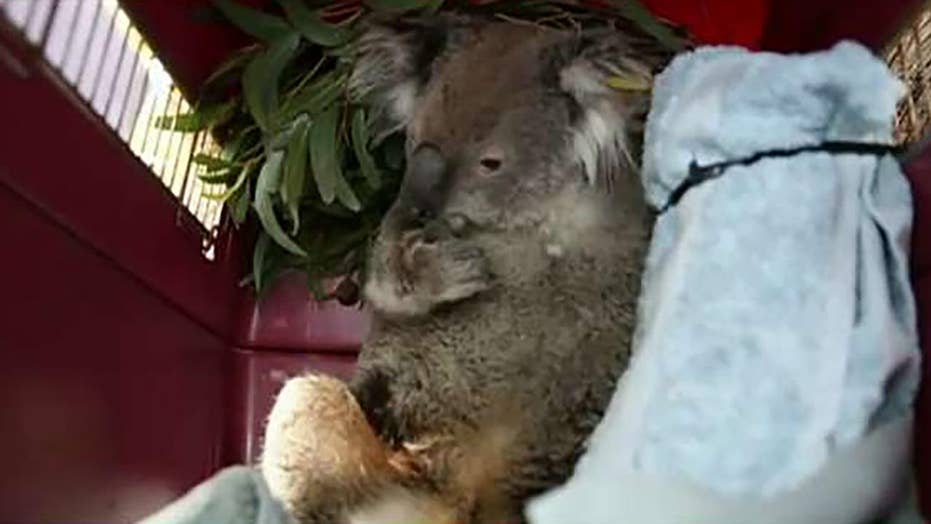 Injured animals being rescued and rehabilitated around the clock in Australia

The owners of a Utah burger shack are defending themselves in a surprise kangaroo court after being criticized for selling kangaroo-meat burgers amid the devastating bushfires ravaging Australia.

On Jan. 2, Burger Bar, in the city of Roy, revealed that their first “exotic meat of the month” for 2020 would be kangaroo, served in burger-form.

Some social media commenters soon began blasting the eatery for offering the marsupial meat, as fires are currently sweeping Australia and over 1 billion animals have reportedly died in the blazes.

An image of Burger Bar in Roy, Utah. The owners of the burger shack are defending themselves in a surprise kangaroo court after the being criticized for selling kangaroo meat burgers this month as devastating bushfires ravage Australia. (Google Maps)

“How tacky considering all the devastation happening to Australia’s wildlife, land and people right now. Media is flooded with horrible images of Australia’s raging fires, burnt and fleeing animals,” another echoed.

“Horrible!!! Put the meat in the freezer and pick a different meat this month,” one said.

A rep for the restaurant, meanwhile, described the kangaroo offering as an “unfortunate coincidence” and claimed that the exotic meat was ordered far in advance of the fires.

“Unfortunately, with the recent wildfires in Australia, we understand that this post could come across as insensitive,” they commented below the original post. “We can assure you this was not planned in any way and is an unfortunate coincidence. In order to provide a variety of exotic meats each month, we must plan at least a year in advance. Regrettably, our kangaroo burger was scheduled and this travesty occurred, but we don’t want to let this meat go to waste.”

Doubling down on the claims, Burger Bar manager Joe Fowler said that the kangaroo meat arrived at the restaurant in late December after being ordered many months before, and that the decision to sell it was taken seriously.

“We thought about not doing it, but then we would basically just have to waste all the meat that had already been shipped and already here it would just go to waste, which to me would be way more sad,” Fowler told KUTV.

"It shouldn’t offend people. Really, it’s just hamburgers. We’re not making a statement or anything like that,” he added.

Despite the backlash, locals apparently had quite the appetite for the exotic offering. On Sunday, Burger Bar announced it had already sold out of its kangaroo meat supply, after serving up about 400 kangaroo burgers in two days.

“We are so grateful to all of you who have shown us kindness and understanding this week. Thank you for taking the time to rally behind us and come to our defense. We are genuinely touched,” the burger shack’s owners said in a statement shared to a fan Facebook page.

“Oh, and a very special 'thanks' to the individuals and organizations who thrive on and/or benefit from stirring up controversy and outrage,” they continued. “As a result of your ‘hit piece’ (and the most wonderful customers in the world), we have had our two busiest days in January on record!”

A spokesperson for the restaurant was not immediately available to offer further comment.

Burger Bar touts itself as an "old fashioned drive-in with a unique menu,” and has served over 20 exotic meats through its 60-plus years in business in the Roy community, manager Fowler said.

“Camel burgers, llama, alligator, I’m trying to think what else would be interesting. You know, quail, duck, rabbit all sorts of stuff,” he told Fox 13. 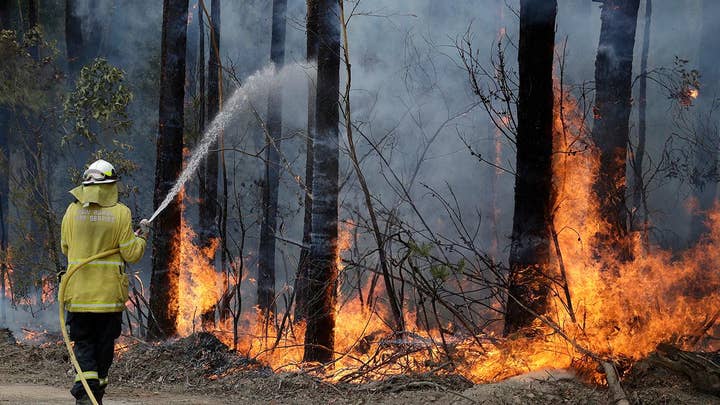 According to a recent estimate from the University of Sydney, over 1 billion animals already may have died from Australia's wildfire season.

The fires, which have ravaged Australia for months, have spread quickly and overwhelmed efforts to contain them. Two massive bushfires in southeastern Australia recently merged into one gigantic megafire measuring nearly 1.5 million acres, NPR reported.

In total, over 130 bushfires have claimed the lives of 26 people and destroyed at least 3,000 homes, according to published reports.