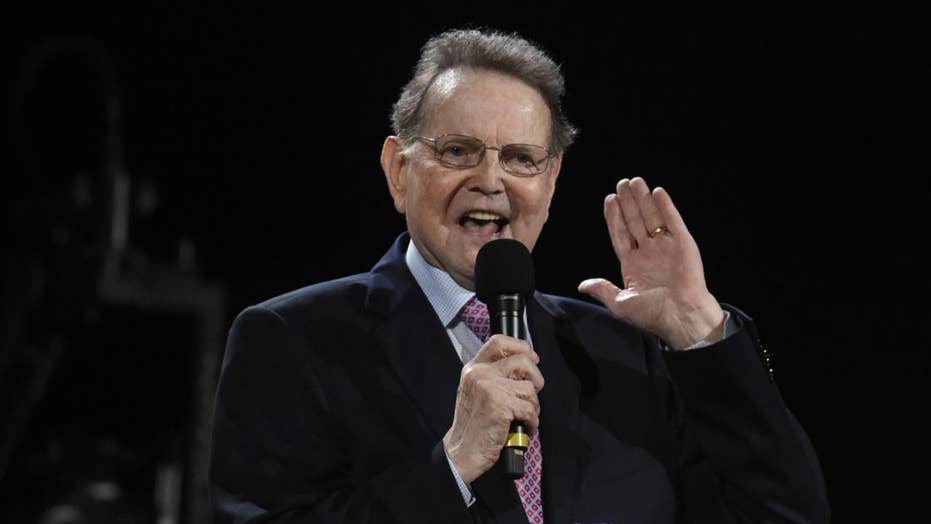 Christian evangelist and founder of Christ For All Nations, Reinhard Bonnke, has died

Reinhard Bonnke, the founder of Christ For All Nations, was best known for his decades of preaching in Africa earning him the nickname 'the Billy Graham of Africa.' Bonnke was born in Konigsberg, Germany in 1940 and is survived by his wife Anni, their children Kai-Uwe, Gabrielle, and Susie, and eight grandchildren.

Evangelist Reinhard Bonnke, a German-born preacher nicknamed "the Billy Graham of Africa" for his record-setting crusades, died Saturday at 79.

"He passed away peacefully, surrounded by family," his wife, Anni Bonnke, said in a statement.

The family lives in the United States but the founder of Christ For All Nations was best known for his decades of preaching in Africa, a ministry in which he has seen more than 79 million saved along with a popular healing ministry, according to the organization.

"It's no exaggeration to say that his work transformed the continent," Daniel Kolenda, Bonnke's successor at the ministry, said in a statement. "Evangelist Bonnke drew some of the largest live audiences in history."

Authoring 40 books, Bonnke is memorialized by his ministry with this quote: "Let my mortal lips preach the eternal gospel, and my mortal hands build your eternal kingdom - to the glory of the father."

Born in 1940 in Königsberg, Germany, his family became German refugees and he received his call to Africa at the age of 10. He was ordained in the German Pentecostal Church before he founded his organization in 1974, which was headquartered in South Africa and is now in Orlando, Florida.

At one of the largest meetings in Lagos, Nigeria, 1.6 million attendees heard him preach in Nov. 2000. He had a dream that God was covering Africa with the blood of Christ before his ministry exploded, holding massive meetings with a platform and speakers outdoors. As masses made decisions for Christ, Bonnke's ministry connected them to local churches for discipleship and growth.

Nigerian President Muhammadu Buhari, who is Muslim, paid tribute to the evangelist, calling his death a "great loss to Nigeria, Africa, and entire world" because his crusades "strongly accentuated the message of Jesus Christ and his vision and zeal for the salvation of souls clearly helped the world in understanding the power of love and kindness as universal language."

He held a "farewell crusade" to 1.7 million people in Nigeria in Oct. 2017 before he stepped down from his organization due to "health challenges." Bonnke had critics for his healing ministry.

“Some people call me a healing evangelist. I do not like that," he told Christianity Today in 2013. "I define myself as a salvation evangelist who also prays for the sick. Wherever we go, 95 percent of the meeting is a clear preaching presentation of the gospel.”

Tributes poured in from evangelical leaders around the world.

"You served Jesus well and finished your course. You were one of the greatest Evangelists of our time," Paula White-Cain, President Trump's spiritual adviser who ministered with him on several occasions, wrote on Twitter.

"The home-going celebration for my dear friend Evangelist Reinhard Bonnke has begun. Few have touched my life as he did. My heart is broken for his wife Anni, and his family, yet I join them in honoring the remarkable legacy of a life well-lived!" Pastor Benny Hinn said.

Hillsong Church global senior pastor Brian Houston said: "I love the way salvation resonates in his spirit, whether he’s on a platform speaking to millions or behind the scenes having a chat—Jesus is always on his lips.”

He leaves behind his wife Anni, their children Kai-Uwe, Gabrielle, and Susie, and eight grandchildren.