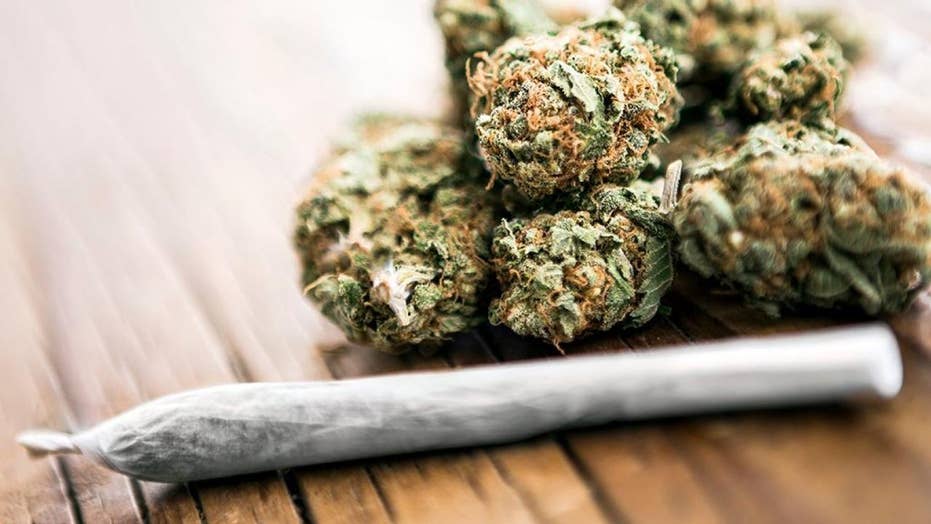 The Philadelphia Temple of Hemp and Cannabis opened its doors to medical marijuana consumers. The establishment describes itself as a gift shop, sanctuary and lounge for patients.

Bring your prayers and your bong.

A temple in Philadelphia is billing itself as the region's first "weed church." The Philadelphia Temple of Hemp and Cannabis serves as a gift shop as well as a sanctuary and lounge for medical marijuana patients.

“It’s not your normal church,” Patrick Duff, the co-owner and high priest of the Philadelphia Temple of Hemp and Cannabis, told Philly.com. "In fact, it’s licensed as a gift shop. We pay taxes. But the reason we opened is that there was nobody providing a space for marijuana patients to come together and take their medicines socially.”

"A great spot to chill and relax," says a promo for the temple.

BOOKER TAKES SWIPE AT HARRIS FOR 'BRAGGING' ABOUT MARIJUANA USE

The temple is located in Philadelphia’s Kensington neighborhood and features a consumption room in the back. It is the first lounge of its kind in the region given most jurisdictions forbid consuming any cannabis in public, according to Philly.com.

“This is a place where people can be educated,” Duff told Philly.com. “There’s always someone here who can help with the equipment.”

"...the reason we opened is that there was nobody providing a space for marijuana patients to come together and take their medicines socially.”

— Patrick Duff, the co-owner and high priest of the Philadelphia Temple of Hemp and Cannabis

It's unclear how the facility operates as a church. But it has a large painting of Ras Tafari, also known as Haile Selassie, the former emperor of Ethiopia revered by Rastafarians as the Messiah. It also has a large flag of Ethiopia with the iconic Rastafari lion of Judah. Rastafarians consider smoking up to be a religious act.

Social cannabis use is prohibited even in most states that have legalized marijuana. Duff told Philly.com his cafe is 100 percent legal. He said he “checked with 15 attorneys” before opening the shop.

“I read the law. I read it carefully,” he said. “Nothing in the state’s regulations prevents us from doing this.”

CAN YOU USE MEDICAL MARIJUANA IF YOU'RE A DIABETIC?

Duff told Philly.com the most challenging part of opening the temple was finding a willing landlord. He said it took about a half a year.

Duff said Philly THC opened in early February and the first month’s take was about $12,000.