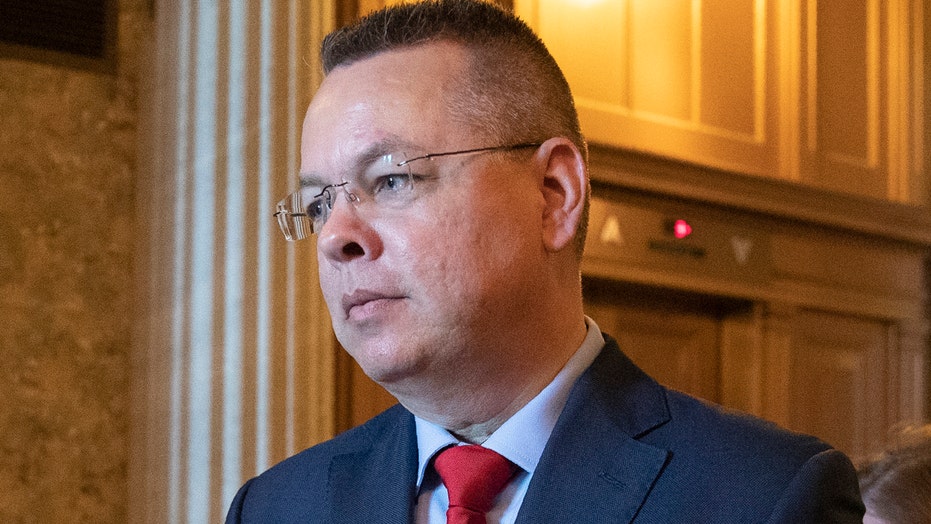 Exactly one year after being released from Turkey, where he was held political prisoner for more than two years, Pastor Andrew Brunson delivered the opening prayer for the Senate Tuesday.

The North Carolina native, who has spent 25 years in the region sharing the gospel of Jesus Christ and working with refugees, thanked the senators for fighting as a unified body for his release.

"Our Heavenly Father. May your holy name be honored. May your name be held in high regard in this Senate. We give thanks to you for you are good.  And your steadfast love endures forever. You have watched over this nation in various times of peace, prosperity, turmoil, and war. May we continue to look to you and be a people who seek your face," the pastor prayed.

A few days prior, on Saturday, the missionary also got a chance to pray over President Trump for the second time, when he was presented with the "Cost of Discipleship Award" at the Values Voter Summit in Washington, D.C.

In an two-minute prayer, Brunson said in part, "Father God, I ask now for an impartation of your Holy Spirit, may the fullness of the spirit of Jesus rest upon President Trump that he be anointed with wisdom and understanding, with your counsel and might, with knowledge and fear of the Lord."

Brunson asked God to give Trump "supernatural discernment to know who is trustworthy and who is not."

"Bring into the light all deception and intrigue, expose and reverse the plans of those who would harm President Trump and this nation," he said. "In the name of Jesus, I break off all voices and influences that do not come from you, father God."

Brunson then concluded, "God, you have raised President Trump to govern at a time when there is a resurgence of oppression. Only you Lord Jesus Christ can anoint him to have victories over strongholds and to establish justice for the needy. Give him strength and courage to persevere in the constant battle that surrounds him and refresh him."

The two hugged onstage next to Tony Perkins, the president of the Family Research Council and chair of the United States Commission on International Religious Freedom.

"I want to thank you for that beautiful prayer, it means a lot," Trump said, according to CBN News. "Our rights come from God Almighty and they can never be taken away. Together we will protect those God-given rights."

The Senate chamber prayer on Tuesday coincided with the release of Brunson's new book, "God's Hostage: A True Story of Persecution, Imprisonment, and Perseverance." On that day he also met with Vice President Mike Pence at the White House.

Pastor Andrew Brunson walks from the Senate chamber after giving the Senate opening prayer on Capitol Hill in Washington, Tuesday, Oct. 15, 2019. Brunson flew out of Turkey one year ago after a Turkish court convicted him of terror links but freed him from house arrest he'd already spent nearly two years in detention. (AP Photo/Manuel Balce Ceneta)

"It's becoming more difficult to stand for Jesus...and I just feel this burden to encourage the next generation to stand without apology for Jesus, and obviously there can be a cost to this, but I think it's necessary and Jesus is worthy of it," Brunson said.