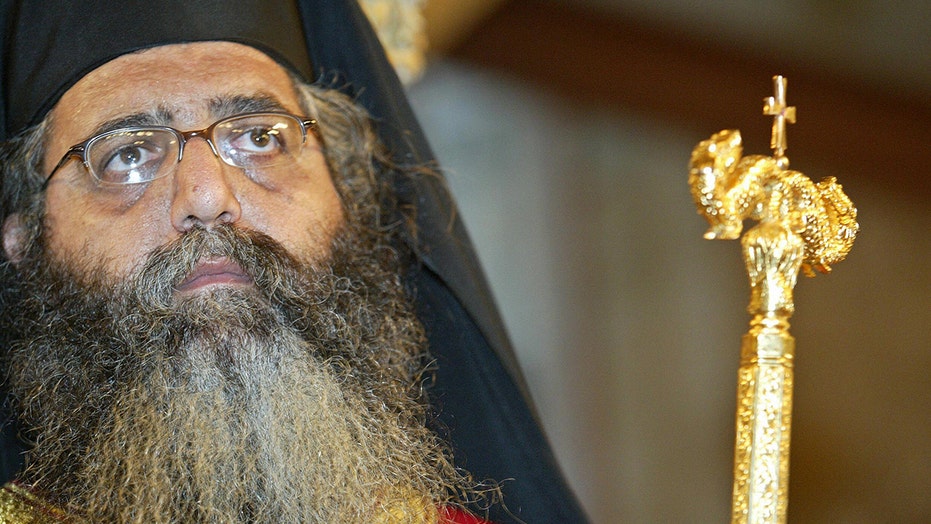 The attorney general of the Mediterranean island said he instructed police to launch a probe to determine whether the bishop committed a crime.

Bishop Neophytos of Morphou has long made headlines for his controversial comments. But police said this time he went too far.

Tourist walk in the old city by a Christian Orthodox church in downtown Nicosia, Cyprus, Thursday, Aug. 1, 2019. Cyprus' attorney general says he has instructed police to launch an investigation into whether an Orthodox Christian bishop has committed a criminal offense over his remarks on homosexuals.  (AP)

Government officials in Cyprus have called the comments “insulting” and "injurious.” The country's human rights commissioner said the remarks were discriminatory.

But, even after the video went viral, the bishop defended the statement. In an interview with the Cyprus Mail, he compared homosexuality to a child born with musical talent.

The Orthodox Group of Dogmatic Research said in an article posted on the Cyprus' church Website that Bishop Neophytos' remarks were misconstrued and taken out context and that the essence of the cleric's message was that the parents' spiritual state affects the child.

The bishop also came under fire earlier this week for saying it was hypocritical to mourn the child victims of convicted serial killer Nicos Metaxas given the country’s high abortion rate.

“You had three abortions, your own babies, and now hypocrite, you criticize Nicolas?” he said.