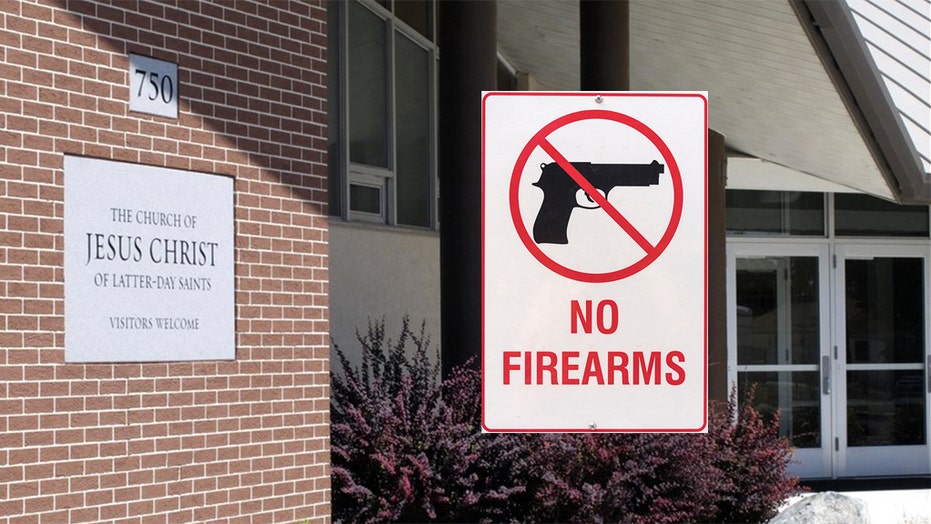 Is an offer of 'thoughts and prayers' enough in response to mass shootings?

Dr. Frank Turek and Michael Wear discuss the merits of offering 'thoughts and prayers' in the wake of a mass shooting. Is it enough to use a faith-based response, or should the response be more of a political solution along the lines of better gun control?

The Church of Jesus Christ of Latter-day Saints previously discouraged their members from taking their guns to church, but now a new policy change makes it crystal clear: No "lethal weapons" allowed.

The new rule, coming a year after a fatal shooting inside one of its churches in Nevada, has an exception for law enforcement officers as the denomination, commonly referred to as Mormons, grapples with how to deal with gun violence in places of worship.

“Churches are dedicated for the worship of God and as havens from the cares and concerns of the world,” the revised policy says. “With the exception of current law enforcement officers, the carrying of lethal weapons on church property, concealed or otherwise, is prohibited.”

The change, which comes as a new Texas law makes it clear licensed handgun owners can carry weapons in houses of worship, went into effect the first Sunday in August. A letter explaining it was first sent to local church leaders in The Lone Star State and shared with members there, according to church spokesman Daniel Woodruff.

Some in the church see the move as a push to globalize the religion, which has more than half of its 16 million members outside the United States.

Scott Gordon, president of FairMormon, a volunteer organization that supports the church, said it’s pretty rare for people to bring weapons to church but that the faith seems to want to eliminate any ambiguity about the rule.

“In any organization, you have people who might desire to protect or take the law into their own hands," Gordon added, "and I think the church in this policy is saying, ‘Please don’t. Church is a place of peace.’”