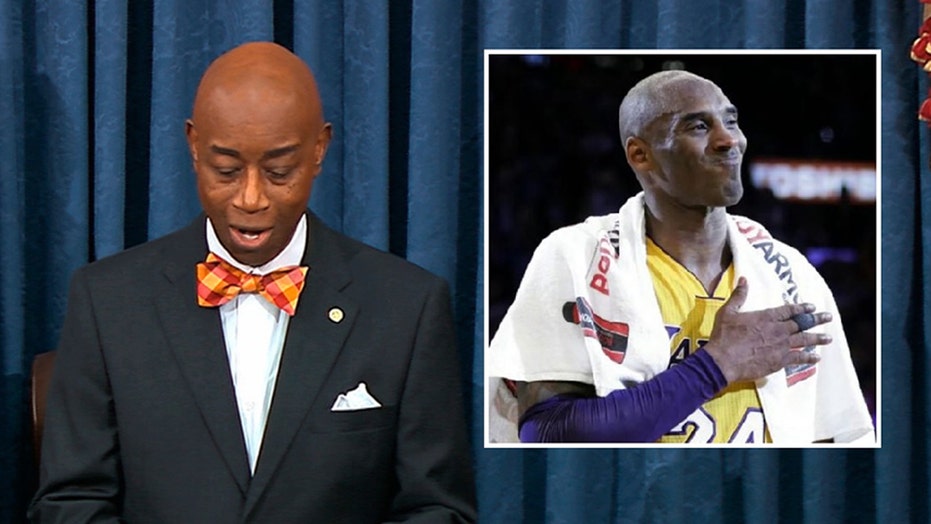 Senate Chaplain Barry Black opened the second week of President Trump's impeachment trial with a prayer about Kobe Bryant and his daughter, Gianna, saying their tragic death Sunday is a reminder for lawmakers about "life's brevity."

"Lord...As millions mourn the deaths of Kobe and Gianna Bryant and those who died with them, we think about life's brevity, uncertainty, and legacy," Black, a retired Navy admiral and the first African-American chaplain to hold the position, said during a morning prayer Monday as the Senate impeachment trial resumed.

"Remind us that we all have a limited time on Earth to leave the world better than we found it," he added about the helicopter crash in Calabasas, Calif. that took nine lives Sunday morning.

Trump's legal team was on the second day of arguments against his impeachment.

"As this impeachment process unfolds, give our senators the desire to make the most of their time on Earth," Black said. "Teach them how to live, oh God, and lead them along the path of honesty."

The chaplain ended on a light note, however, referencing Chief Justice John Roberts, who is overseeing the impeachment trial in the Senate and who celebrated his 65th birthday Monday.

"And Lord, thank you for giving our chief justice another birthday," he concluded. "Amen."