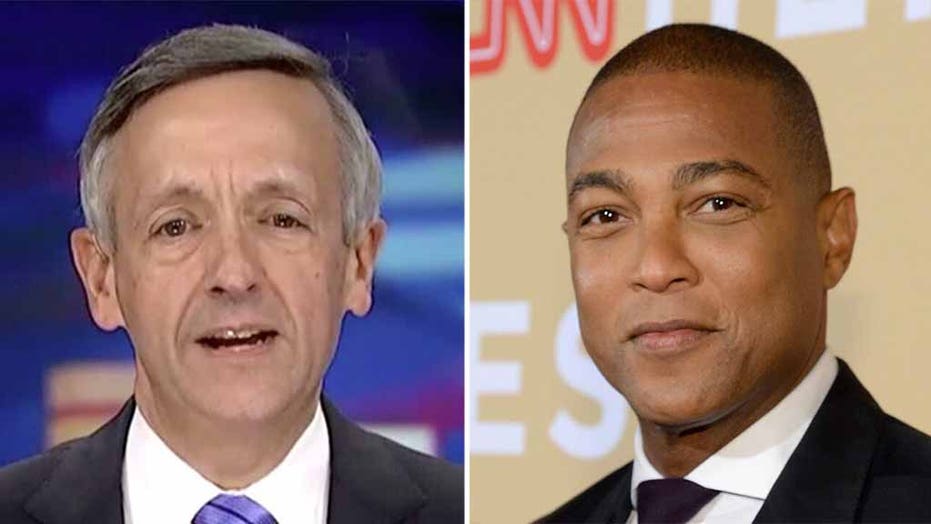 CNN anchor Don Lemon made the claim that Jesus Christ was "not perfect," which Pastor Robert Jeffress said "makes him and his network the uncontested champions of Fake News."

"Jesus Christ, if that's who you believe in, Jesus Christ, admittedly was not perfect when he was here on this earth," Lemon told his colleague Chris Cuomo during "CNN Tonight with Don Lemon" on Monday. "So why are we deifying the founders of this country, many of whom owned slaves?"

The clip was widely shared on social media.

"Don Lemon's comments are, first of all, heretical," Jeffress, the pastor of 14,000-member First Baptist Church of Dallas, Texas, told Fox News, "and it contradicts the most basic tenet of the Christian faith and demonstrates how tone-deaf the left is to faith issues."

"Our founding fathers, like all of us, were imperfect human beings," Jeffress added, "but Jesus Christ was different than any other man that lived, and as the founder of our faith, he had to be perfect."

MRCTV says, "this isn't the first time that CNN has aired anti-religious rhetoric," pointing to what Cuomo told his viewers at the end of last week.

"If you believe in one another and if you do the right thing for yourself and your community, things will get better in this country. You don't need help from above," he said at the conclusion of Friday's show. "It's within us."

Last month, far-left activist Shaun King called for all images depicting Jesus as a "White European" to be torn down because they're a form of "White supremacy" and "racist propaganda."