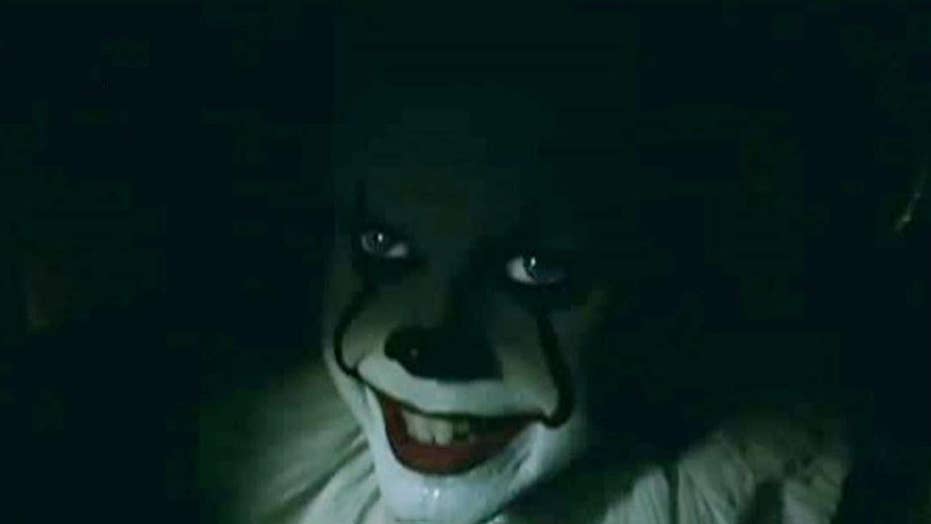 What Halloween costumes are the most offensive?

With Halloween just around the corner Jesse Watters breaks down the scariest and most offensive costumes.

Evangelist John Ramirez spent much of his early life with strong ties to the devil--he drank animal blood, conducted sacrifices, was baptized with the devil and got married in a demonic wedding on Halloween.

Now, the New York City native is an evangelist who preaches the gospel of Jesus and the deliverance from demons – and every year he questions why believers participate in Halloween festivities.

"I wonder why people celebrate Halloween these days," the 55-year-old told Fox News. "Because in essence, I know what Halloween is about. I was in witchcraft for 25 years...selling my soul to the devil, I was a general for the devil...as a warlock."

John Ramirez, 55, is an evangelist who focuses on deliverance ministry after spending two and a half decades of his life as a devil worshipper. (Courtesy of John Ramirez)

Ramirez, who grew up in the Bronx, was part of a Satanist church from when he was 8 years old to 35 years old.

"That life is a dead end. There's only one way out. It leads to hell," he said. "As an evangelist, I think my life is summed up in one way. Jesus Christ, and I'm going back to heaven."

He showed Fox News the marks on his body, the "mark of the beast," as he reached the "highest rank of devil worshippers" and a "name chosen by the devil himself," after kissing a human skull and being cut open and burned in demonic ceremonies.

But he made the switch from hell to heaven, and it wasn't in the blink of an eye.

John Ramirez speaks at a church about deliverance from demons. (John Ramirez)

He said that while dating a backslidden Christian, he was invited to a church, and when he attended, he added, he was demon-possessed and grabbed the pastor by the throat-- something that happened twice before he says he heard the audible voice of God.

"I said, 'God, Jesus, I don't know what they call you,'" he said in his room, before one night when he said his spirit entered hell in October 1999, and talking to the devil then the cross of Jesus Christ appeared causing the devil to fall and Ramirez said it felt like he was shocked back to life.

Since leaving, he was mentored by the late Pastor David Wilkerson at Times Square Church.

"I came from hell to church. I went as a Satanist to hell and came back a Christian," Ramirez said. "From there I started to attend church and my life has never been the same."

Ramirez said he threw away thousands of dollars worth of witchcraft materials in the closet -- including human bones, cemetery dirt, etc. -- and "I left one daddy that I could see, to another that I couldn't see."

He said all the witches claiming to do witchcraft against President Trump, "That was a hoax, just to make money."

The author of "Destroying Fear," said, "The devil's greatest weapon is fear," but he adds, "Jesus Christ is your answer. It's a relationship with God. Make peace with God...Pray. Prayer works."

"The power of Satan is limited. It's a hoax," he concluded. "And the power of Jesus is limitless and it brings you to a place of knowing your purpose and destiny of who you really are created to be."