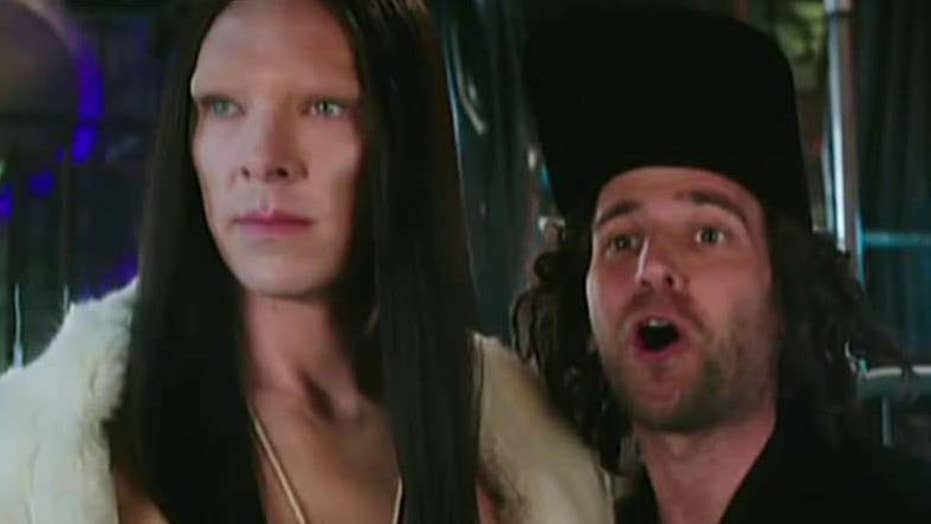 Benedict Cumberbatch, alongside Stiller and Owen Wilson, plays an androgynous-looking model named “All” in the clip, which has some saying the film makes a “mockery of trans people.”

An activist for the LGBTQ community, Sarah Rose created an online petition calling for a boycott of the film, stating: “Cumberbatch’s character is clearly portrayed as an over-the-top, cartoonish mockery of androgyne/trans/non-binary individuals. This is the modern equivalent of using blackface to represent a minority.”

So far, the petition has gained over 10,000 signatures, but entertainment journalist Cate Meighan says the trailer is fine, as its all “done in tongue and cheek.”

“It also takes aim at so many different stereotypes, not just one trans character,” she said. “I think that ultimately, the established trans community is fighting to simply fit in and to be treated equally.”

Meighan said that's exactly what the “Zoolander” franchise is all about.

“In 'Zoolander'-type films, the whole point is to make light of everyone on camera,” she said. “If it was a serious film and the trans character was a predictable caricature, then a realistic dialogue could follow, but in this instance I think people might need to not take this trailer quite so seriously.”

“'Zoolander' is not the medium by which we should be teaching tolerance and/or educating the masses about transgender issues,” she said. “Moreover, there is something to be said for the fact that funny movies and satires have a role in mainstreaming hard to grasp issues.”

“It's 2015 but for some reason the entertainment industry didn't get the memo that it's not OK to negatively depict any group or culture,” she told FOX411. “We must hold people accountable so that everyone feels welcomed and respected. It may be too late to pull the film but the boycott will certainly put Hollywood on notice for future films like this, to be mindful of these stereotypical characters.”

A writer for Los Angeles Magazine, Jessica P. Ogilvie, sides with Durden, and also also finds the trailer sexist because the film’s female lead, Penelope Cruz, doesn’t make an appearance until almost a minute in and is introduced with the line: “She’s hot. I trust her.”

"Using women and LGBTQ people as punchlines is bigoted. But it's also lazy, boring, and — you know — not funny," Ogilvie wrote.

Dan Gainor, VP of business and culture for the Media Research Center, doesn’t see the problem, noting that Cruz is also an Oscar-winning actress.

“I guess smart, successful and beautiful is 'sexist' now?” he said. “Sounds more like jealousy than movie criticism.”