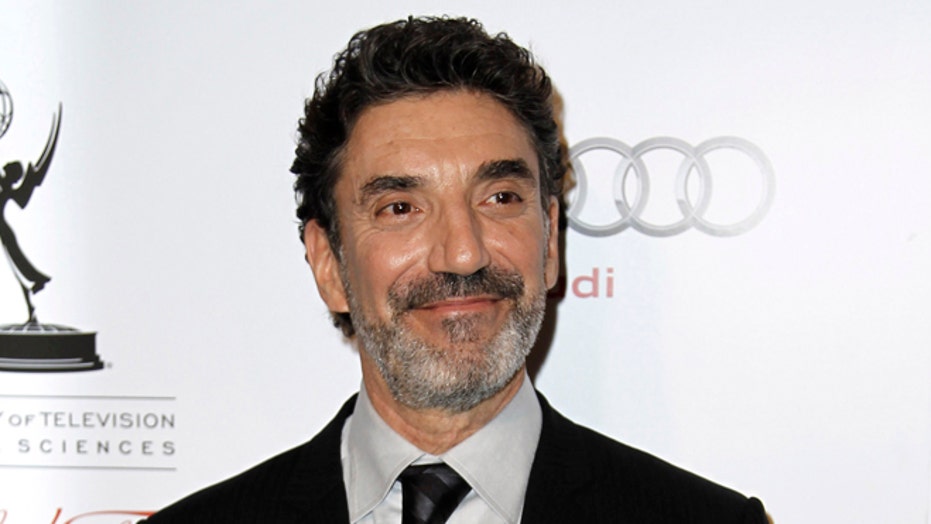 TV uber-producer Chuck Lorre snuck a jab at President Donald Trump and the ongoing impeachment inquiry into the end credits of CBS’ “Young Sheldon” this week.

The mind behind hits like “The Big Bang Theory,” “Two and a Half Men” and “Mom” is known for placing vanity cards featuring a quote after the credits of episodes of the show. At the end of Thursday's episode of the "Big Bang" spinoff “Young Sheldon,” a card appeared referencing a recent anti-Trump op-ed in The Washington Post by Ron Chernow.

In the piece, Chernow uses a quote from Alexander Hamilton as an argument for Trump to be impeached and removed from office, which Lorre included in his vanity card with a shout out to the op-ed writer.

“When a man unprincipled in private life, desperate in his fortune, bold in his temper . . . despotic in his ordinary demeanour — known to have scoffed in private at the principles of liberty — when such a man is seen to mount the hobby horse of popularity — to join in the cry of danger to liberty — to take every opportunity of embarrassing the General Government & bringing it under suspicion — to flatter and fall in with all the non sense of the zealots of the day — It may justly be suspected that his object is to throw things into confusion that he may 'ride the storm and direct the whirlwind,'" the quote attributed to Hamilton read.

The lengthy quote ended with a “special thanks” to Chernow.

As TVLine notes, Lorre has often used the vanity cards for political messages as well as meta-commentary about the shows he works on. Earlier this month, he took another jab at Trump by asking the Kremlin to hack into the Neilsen ratings system and give “Mom” and “Young Sheldon” a boost in the ratings in the wake of a dip following the series  finale of “The Big Bang Theory.”

“Russia, if you’re reading this, hack into the Nielsen computers and make our ratings higher,” the card read.