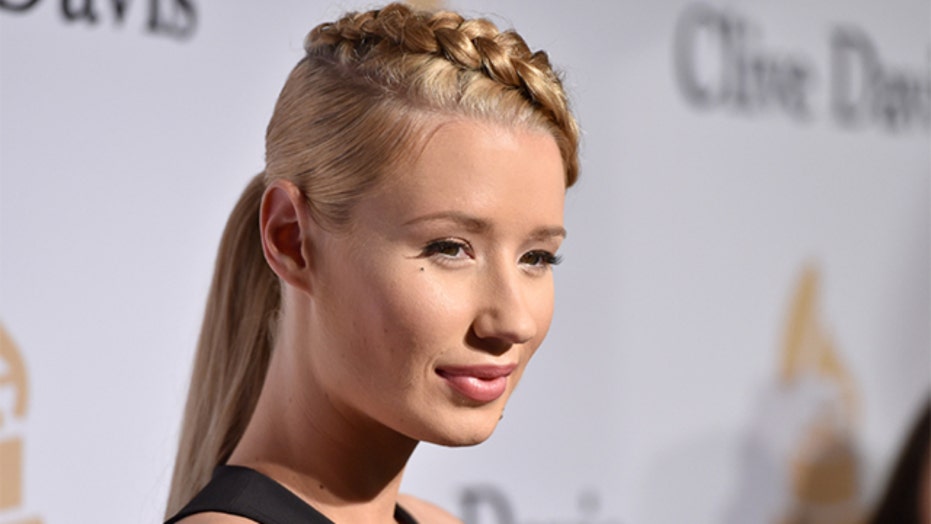 But don’t feel bad, she dumped everyone else, too

2014 was Iggy Azalea’s year. With two of her singles climbing to top spots on the Billboard Charts, her debut album quickly charted too, and four Grammy nominations followed. The Australian rapper was poised to be the next big thing, but after a slew of public Twitter battles, alleged plastic surgery, and on-stage lyrical flubs, the singer’s star power appeared to dim.

On May 29, Azalea postponed her “Great Escape” world tour, telling Seventeen Magazine one of the reasons she backed out of the tour was because “I just feel I deserve a break.” Her critics petitioned for her to be stripped of her Billboard Music Award for “Best Rap Song,” and she had to cancel her appearance at the Pittsburgh Gay Pride Parade due to past homophobic remarks that surfaced, for which she has since apologized.

FOX411 spoke to music industry insiders on whether the rapper’s career is indeed on a downward spiral.

“I realize that artists can become fatigued from touring the world over, but if it's your first major tour, you've got to buckle down and do it," said Sami Jarroush, a music blogger for Consequence of Sound. "Short of suffering from an actual medical emergency, saying you're going to stop performing so you can take a vacation isn't exactly going to make you look good in the eyes of however many fans you have left.”

Azalea told Seventeen that she cancelled the tour for a variety of reasons; however, some speculated the real reason is due to poor ticket sales. The recent Billboard Music Awards backlash didn’t help either. A petition notes that Azalea’s winning hit was released after the eligibility period and therefore it should be given to someone else. So far, the petition has 17,000 signatures.

“It's probably not the best time to let down the people still standing in your corner, but music is a very fickle business and as long as she releases another hit song no one will care,” Bermudez insisted. “Chris Brown beat a woman and he still has a fan base so I think Iggy will be able to recover from canceling a tour.”

Like Brown, Azalea often comes under fire in the Twitterverse, and she does not shy away from the occasional Twitter war, sparring with artists like Snoop Dogg and Azealia Banks.

Banks has slammed Azalea's talents with posts like, “That Iggy Azalea s--t isn't better than any f--king black girl that's rapping today...The Grammys are supposed to be accolades of artistic excellence. Iggy Azalea is not excellent."

And rather than ignore the hateful messages, Azalea has made headlines for responding to the notoriously sharp-tongued artist, leading full-fledged Twitter wars. “There are many black artists succeeding in all genres," she wrote. "The reason you haven't is because of your piss poor attitude...Your inability to be responsible for your own mistakes, bullying others, the inability to be humble or have self control. It's YOU!"

After several similar high-profile online battles, Azalea decided to quit social media in February, posting on her official Twitter that “The Internet is the ugliest reflection of man kind there is.” She informed her fans that her management company would run her social media sites going forward.

Clinical psychologist Dr. Chloe Carmichael said Azalea could be lashing out because she is struggling to deal with her newfound fame.

“Given that Iggy seems to take out stress by lashing out and saying inappropriate things, the spotlight is only amplifying her inappropriate remarks and therefore working against her. It's a vicious circle: the more cornered she feels the more she lashes out, and then the more cornered she feels. The stage is only exacerbating the problem because it's a stressor in itself, and it is amplifying the very remarks that are getting her into trouble in the first place,” Carmichael said.

R&B singer Brian McKnight knows the glare of the limelight all too well, and cautioned pop artists to “treat fame like it won’t last forever.”