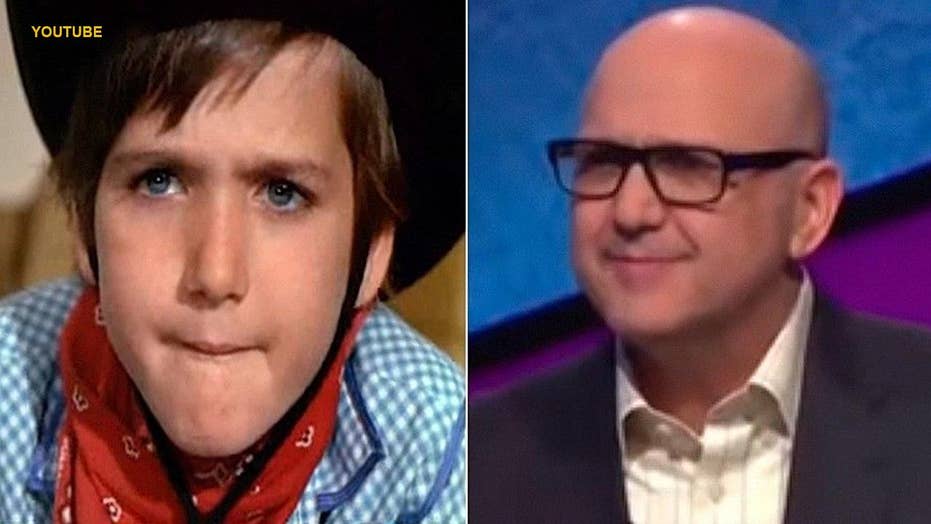 Social media users were quick to point out that a 'Jeopardy!' contestant on Tuesday night's episode was 'Willy Wonka & the Chocolate Factory' star Paris Themmen, better known as Mike Teevee.

Social media users were quick to point out that a “Jeopardy!” contestant on Tuesday night's episode was “Willy Wonka & the Chocolate Factory” star, Paris Themmen.

Themmen, now 58, played Mike Teevee in the classic 1971 film based on Roald Dahl’s novel. His character was one of the lucky winners who was granted a visit to Willy Wonka’s chocolate factory.

During each episode, “Jeopardy!” host Alex Trebek interviews the contestants following a commercial break, asking basic questions such as their hobbies and vocations. Themmen described himself as an “entrepreneur” and “avid backpacker.” He told Trebek he liked to travel and has been to 61 countries.

The former actor did not make any mention of his role in the classic children’s film, but Themmen told TMZ that Trebek purposedly did not want to bring up his role in the film.

Themmen said Trebek is given three fun facts about each contestant to bring up during the interview segment.

"Alex looks at [the contestant's fact card], he looks at what interests him, and that's what he talks about," Themmen told TMZ.

"Alex loves to travel... so he asked me about that."

He also said his wife on "Jeopardy!" at one point and told Trebek about her husband's early fame, but Trebek ignored it then too.

Social media users had no problem mentioning the fun fact that Themmen was indeed the little boy from "Willy Wonka."

“WBZ interrupted the opening of ‘Jeopardy!’ so I didn’t get his name until Alex Trebek repeated it – it’s Paris Themmen, Mike Teevee from ‘Willy Wonka!’” one person tweeted.

“A contestant on Wednesday’s ‘Jeopardy!’ played Mike Teevee in Willy Wonka & the Chocolate Factory…and his interesting fact about himself was about backpacking,” another person wrote.

“Mike Teevee got on ‘Jeopardy!’ This is the world we live in,” a social media user tweeted.

“I was making dinner in the kitchen, listening to ‘Jeopardy!’ when Alex Trebek started introducing the contestants at the break. He said Paris Themmen and I ran out saying MIKE TEEVEE!! My wife thought I was nuts. Great job Paris!” another person wrote.

Themmen did not end up winning, but he did come in second place.

In a 2015 reunion with the “Willy Wonka” cast, Themmen told the “Today” show that the actors still keep in touch after all these years.

“We think of ourselves as a family, maybe a bit of a dysfunctional family, but a family really,” Themmen said.