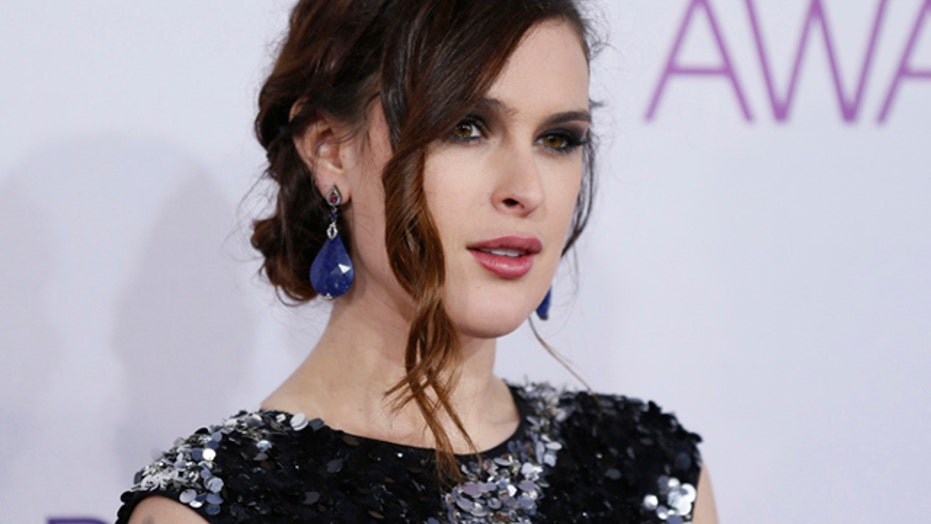 But in the future, all bets are off

“Disney Night” on “Dancing with the Stars” made the dreams of some celebrity competitors come true.

But for others, the ballroom wasn’t exactly the happiest place on earth on Monday.

For the special theme night, the stars paid tribute to such Disney animated classics as “Alice in Wonderland,” “Mary Poppins,” and “Pirates of the Caribbean” with routines featuring elaborate props and costumes.

And, as she has all season, Rumer Willis rose to the occasion, receiving the highest score of the night by playing villainous Ursula from “The Little Mermaid” for her samba.

Her famous parents, Hollywood exes Bruce Willis and Demi Moore, were once again in the audience to watch Rumer dance; and when it was done, cameras caught Moore’s enthusiastic applause and cheers with Rumer’s sisters Scout and Tallulah.

Rumer and pro partner Val Chmerkovskiy earned a near-perfect 39 out of 40 points after practicing the dance in a pool to get the water tale just right.

But Judge Julianne Hough told him “your steps were not so in time” after the confused dance that got the lowest score of the night, a 24.

And in a bad moment for “The Bachelor,” cameras captured Chris Soules angrily snapping at his partner, Witney Carson, during rehearsal.

“I can’t do it your way, so stop it,” Soules told Carson, causing the dance pro to get teary-eyed and leave the studio.

They later patched up their partnership, only to have Soules pull a calf muscle in dress rehearsal and worry he couldn’t perform on the live show.

But on Monday night, Soules and Carson did complete their “Hercules” quickstep, getting 27 points.

Nastia Liukin and pro Derek Hough ended the show by recreating “Frozen” with dialogue as well as dance and earned 38 points; Judge Carrie Ann Inaba called the routine “a Disney dream come true” but admitted, “I was distracted by the lip-synching.”

While “Hunger Games” star Willow Shields and her partner Mark Ballas got a strong 34 for their atmospheric “Alice in Wonderland” dance (complete with Ballas playing the rabbit), Inaba told her there were times “you lost your footing.”

Viewers also saw Noah Galloway getting a rehearsal pep talk from his partner, Sharna Burgess, after the war hero complained that his knee looked “crappy.”

Burgess reminded the double amputee to “focus not on what you can’t do but what you can.”

And it worked as Galloway completed a charming red carpet ride in his “Aladdin” foxtrot for a score of 28.

Among the other competitors, Patti LaBelle garnered 27 points for her waltz to the timeless "Pinocchio" tune “When You Wish Upon A Star” -- after a drama-filled rehearsal session focused on her knee injury.

“I want to be here,” the hurting singer cried.

LaBelle stayed—while Suzanne Somers and partner Tony Dovolani were eliminated at the end of the episode.

In rehearsal, Somers had moaned to Dovolani, “I don’t think I can stay on the show…I’m lousy at it. I hate it.”

Then disaster struck as the heel of her shoe caught in her dress during her “Lady and the Tramp” jazz dance.

Somers got just 28 points—and then her walking papers.