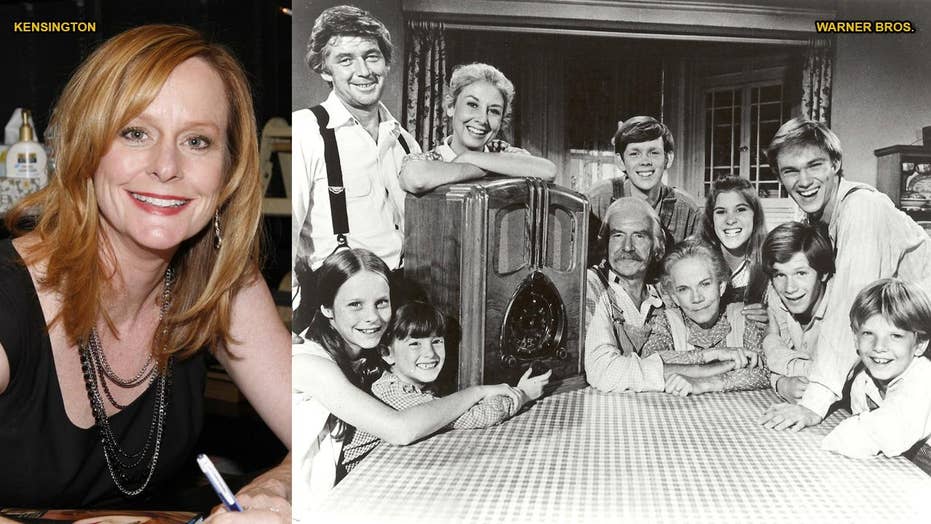 'Waltons' star Mary McDonough opens up about the health struggle she faced after getting breast implants at 24 and how she has become an activist for women's body image issues.

Mary McDonough receives emails almost every day from people, and it’s not just because she once starred as the pretty, wholesome Erin Walton in one of TV’s most beloved families — these strangers are asking for help.

The reason? They want her advice on plastic surgery.

The former child star, who wanted to give her career a boost after appearing on “The Waltons” from 1971 until 1981, went under the knife at age 24. It was a decision she would later regret.

The 56-year-old star previously chronicled her personal journey in the 2012 memoir “Lessons from the Mountain.”

Erin Walton previously published a memoir titled "Lessons From the Mountain: What I Learned From Erin Walton." (Courtesy of Kensington)

“I had breast implants trying to fit in and be part of the ‘Dallas’ era,” McDonough told Fox News. “I made that choice because I was told they were safe and would last a lifetime. They weren’t and I got very, very sick… My implants ruptured and disintegrated in my chest. I was sick for 10 years and no one knew what was wrong with me.”

After the surgery, McDonough’s health began to deteriorate. Not only was she faced with chronic muscle pain, but her famous red mane was falling out. McDonough felt like she was constantly succumbing to the flu and was unable to hold her only daughter Sydnee.

By 1994, McDonough decided to remove the implants that she felt were contributing to her physical decline.

“I got so sick over the course of time, not knowing what was wrong with me,” recalled McDonough. “It was a very difficult decision for me to have [breast implants] in the first place because I felt like I needed to do it for my career. And so, I didn’t want to have another surgery to have them removed… But I was so sick, I could not risk my baby daughter. I could not feed her. And I was in so much pain… I decided I would have my implants removed.”

At age 35, McDonough was diagnosed with lupus, an inflammatory disease. She believes the implants were to blame for her unbearable health woes over the years.

“Once I had my implants removed, I started to get better,” said McDonough. “My lupus is in remission. I still deal with fibromyalgia and arthritis… But, I’m... healthier. I’m way healthier than I was in my 30s… The further I get from those implants, the better I get.”

McDonough has since found a new purpose as an activist for women’s body image issues. Her goal isn’t to discourage others from getting plastic surgery but to empower them with knowledge about the potential risks and how to cope.

“I’ve never been anti-implants,” said McDonough. “What I’ve lobbied for is to have it be safe… I also want to educate people on the dangers and what women should look out for… Some things have changed. You are supposed to have them replaced every six to seven years. But how many people can afford to do that?

"And some people lose their health insurance because they have breast implants. So there’s a lot of issues and I always work to get the information out to people. To try to get people to make an educated choice. If they want to do it, know what you’re getting into.”

Many fans can identify with McDonough, who once faced pressure in Hollywood to look a certain way while growing up in front of cameras.

“There was pressure from the wardrobe department [on ‘The Waltons’] about [whether] I can fit into my clothes from last year or had I gained more weight,” she claimed. “And I was just a kid! I was a growing girl and you had these old clothes that we wore for years. We never had a fancy wardrobe, and so when you’re becoming a teenager, your body has to change.”

McDonough, who was growing up in front of America, struggled to accept the discouraging words.

“I didn’t deal with it well at all,” she admitted. “I took it personally and I had always strived to be so perfect. I was always trying to be the perfect girl. The perfect weight. I was literally trying to fit into all of it.

"And I took it personally and it hurt my feelings and I reacted by doing starvation diets… And not being very good to myself. And my focus became about the external parts of me instead of the inside of who I was and what I had to offer, which is what I had to learn later in life.”

McDonough never shared her personal struggles with her cast-mates.

“It’s funny, Richard Thomas told me after he read my book, ‘I had no idea you were going through this. Why didn’t you say something?’” she said. “But I think I was so set on trying to be the perfect girl that to me, it was just a part of what I was supposed to do. And look, it wasn’t like I was the only one in the show. There was a focus on what the others should look like as well. I just took it more personally and internalized it.”

Mary McDonough with her "Waltons" family. (Courtesy of Kensington)

But these days, McDonough, who currently resides in Colorado, is feeling good about herself.

And she still stays in touch with her TV family.

“We’re all very loyal and true to each other,” she explained. “I see other shows where a cast member dies and the other cast mates completely throw them under the bus. We would never do that. We love each other too much… We’ve lost cast members and we miss them. We would never dishonor their memory.”