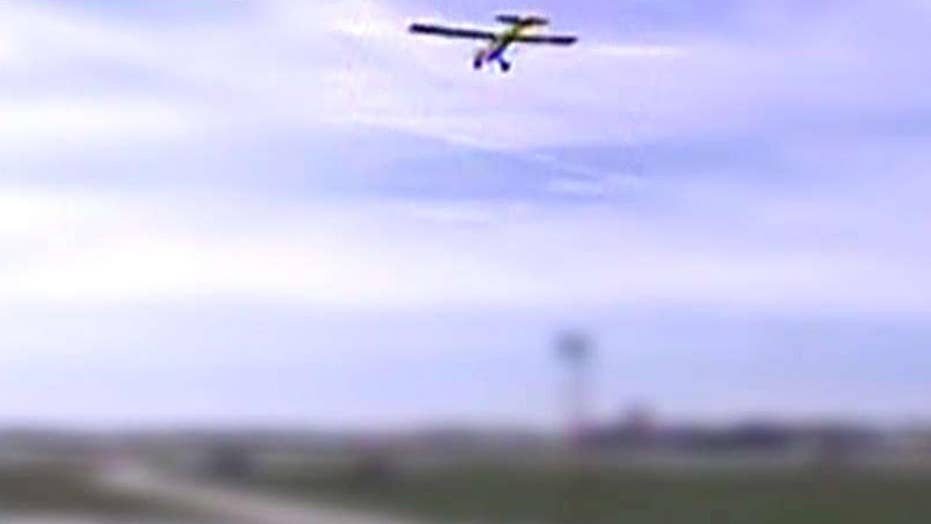 SANTA ANA, Calif. – Video released Tuesday shows a plane piloted by Harrison Ford suddenly and mistakenly flying low over an airliner with 110 people aboard at a Southern California airport.

In it, an American Airlines 737 is taxiing slowly. Then Ford's yellow, single-engine Aviat Husky suddenly zooms in from the right of the frame, flying low over the airliner and casting its shadow down the middle of the bigger plane before landing on the taxiway.

Ford was supposed to have landed on a runway that runs parallel to the taxiway.

"Was that airliner meant to be underneath me?" Ford asks in previously released sound from the air traffic control tower.

But for the airliner, the taxiway and runway are both wide-open and apparently unmistakable. The video then shows the same landing from the back, giving more time to the approach of Ford's plane, but the flyover itself is barely visible.

No reason has been given for why Ford made the mistake, and his publicist has not replied to requests for comment.

The Federal Aviation Administration is investigating the incident.
American Airlines Flight 1456, with 110 passengers and six crew members aboard, departed safely for Dallas a few minutes later.
Ford collects vintage planes and has a long and good record as an aviator.

But he has had several close-calls and a serious accident in March 2015 when he was injured in his World War II-era trainer as it crashed on a Los Angeles golf course.