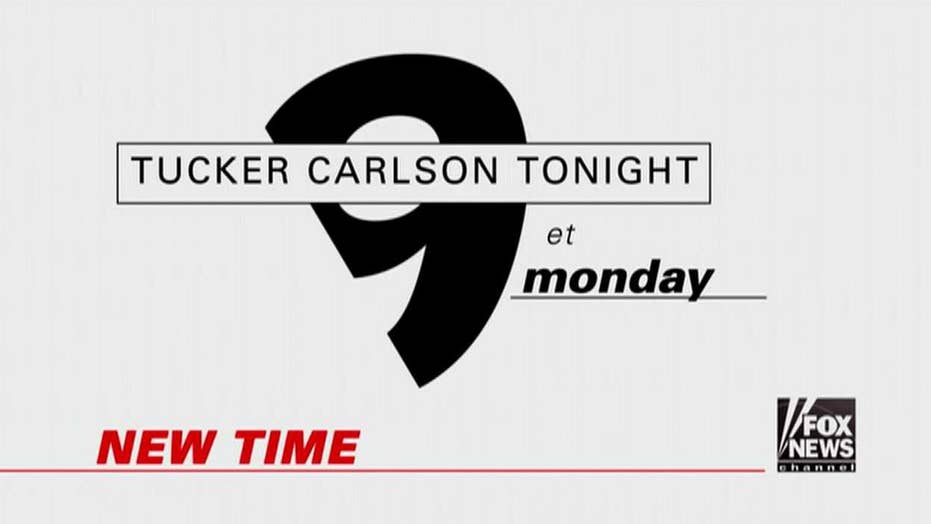 “Tucker Carlson Tonight” can be seen at 9 p.m. ET beginning Monday, January 9, when Carlson will continue to battle pomposity and show that he’s the sworn enemy of lying, smugness and group think.

He will be asking the questions viewers would want to ask themselves -- and he’ll demand the answers.

“Tucker Carlson Tonight” features powerful analysis and spirited debates with guests from across the political and cultural spectrum. Carlson brings his signature style to tackle issues largely uncovered by the media in every corner of the United States, challenging political correctness by investigating "Campus Craziness" running rampant at our universities.

He’ll also bring you a nightly forecast of social media’s most powerful weather patterns in the “TwitterStorm.”  And we’ll continue to enlist viewers to help uncover “News Abuse” -- and you never know if he’ll make you the next “King for a Day.”

Everything you love about “Tucker Carlson Tonight” is now two hours later at 9 p.m. ET.

CLICK HERE TO WATCH PAST EPISODES OF “TUCKER CARLSON TONIGHT.”

While at FNC, Carlson has provided analysis for “America's Election Headquarters” on primary and caucus nights, including the 2016 and 2012 presidential elections, as well as the 2014 midterm election. He also produced an FNC special, "Fighting for Our Children's Minds," in 2010.